If (for some inexplicable reason) you ever find yourself with leftover panettone, we highly recommend turning it into french toast. While we always gobble ours up immediately, we’ve found that buying a second loaf just for this recipe works equally well. Chef Liam’s panettone french toast includes almond extract, cinnamon and nutmeg in the egg custard, which gives each plate of french (italian?) toast touch of warmth.

You can pre-order your holiday panettone here.

A touch of warmth Read more

If (for some inexplicable reason) you ever find yourself with leftover panettone, we highly recommend turning it into french toast. While we ...

This past April on a trip to VinItaly, Suzy and I snuck off for a day to indulge our sweet tooths with a tour with two of our favorite Panettone producers—Loison and Filippi. One step (or really one sniff) inside the baking facility at Loison and we knew we had made the right choice. Even during their off season, a time when there are no ovens on, no cakes baking, and no ingredients in sight, the entire factory smelled like sugar, butter, and fluffy, decadent cake. We wandered around the production line—looking at the giant (seriously huge) stand mixers where they carefully mix the panettone dough, coaxing the ingredients to combine together in just the right way to create the light, airy cakes, the enormous ovens that bake hundreds of carefully handcrafted cakes at a time, and the inventive machines that flip those cakes upside-down straight from the oven to keep their shape. If you’ve never seen the process I definitely encourage you to take a look—it’s pretty incredible. And for those of you who have ever had any doubts about whether or not the Italians are some of the most thoughtful, patient, and purposeful people on the planet take my word for it- one bite of a perfectly baked Panettone is all you need to change your mind.

In addition to the attention to detail during the baking process two other aspects of the production of the Panettone really stood out to me. The first being the pride that emanated from the bakers at both facilities as they walked us through each flavor of Panettone they were preparing to make for this holiday season (between 20-35 each) and exactly where every single ingredient in each of those cakes was sourced. Single origin chocolate drops from Domori, untreated Madagascar vanilla beans (and never any artificial flavors), free range eggs, figs from Calabria, Lemons from Sicily and fresh milk delivered every day during the baking season; each ingredient is carefully selected for it’s quality of production and taste to create the perfect marriage of flavors for each cake. As the Pastry Chefs at Filippi say “Just as in an orchestra, to create a symphony, every instrument has to be in harmony with the whole, so it does not suffice that every ingredient is good on its own. Each ingredient has to amalgamate well with all the others…” Each year they revisit the flavors of the year prior, sampling dozens of varieties of fruits, nuts, and honeys, ensuring that their cakes are always created using the just the ideal balance of flavors and ingredients.

The second aspect that the Pastry Chefs at both Loison and Filippi were quick and proud to point out is that each one of their panettone is hand wrapped in paper and tied with a bow. Out of context that may not seem like a big deal but when you think about the thousands of cakes being produced every Christmas and the intricate and precise wrapping each of these cakes is adorned with you really start to get a sense of the magnitude of this process. And the result is spectacular—3as they said at Loison “The result is a product that is more than just a baked good: it’s also a gift, a furnishing item and a piece of art.” It’s clear in speaking with them that there is no detail of the panettone making process that is overlooked and the result of all of that effort and attention to detail is the essential (and most delicious) emblem of the Christmas holiday.

Don’t just take my word for it though- come see and sample for yourself! On July 25th we’ll be celebrating Christmas in July- we’re so looking forward to the holiday season that we can’t possibly wait any longer. Stop by our market and taste samples of this year’s spectacular concoctions, see that intricate and delicate paperwork and ribbons adorning these beautiful parcels and pre-order some of your favorites.

This past April on a trip to VinItaly, Suzy and I snuck off for a day to indulge our sweet tooths with ... 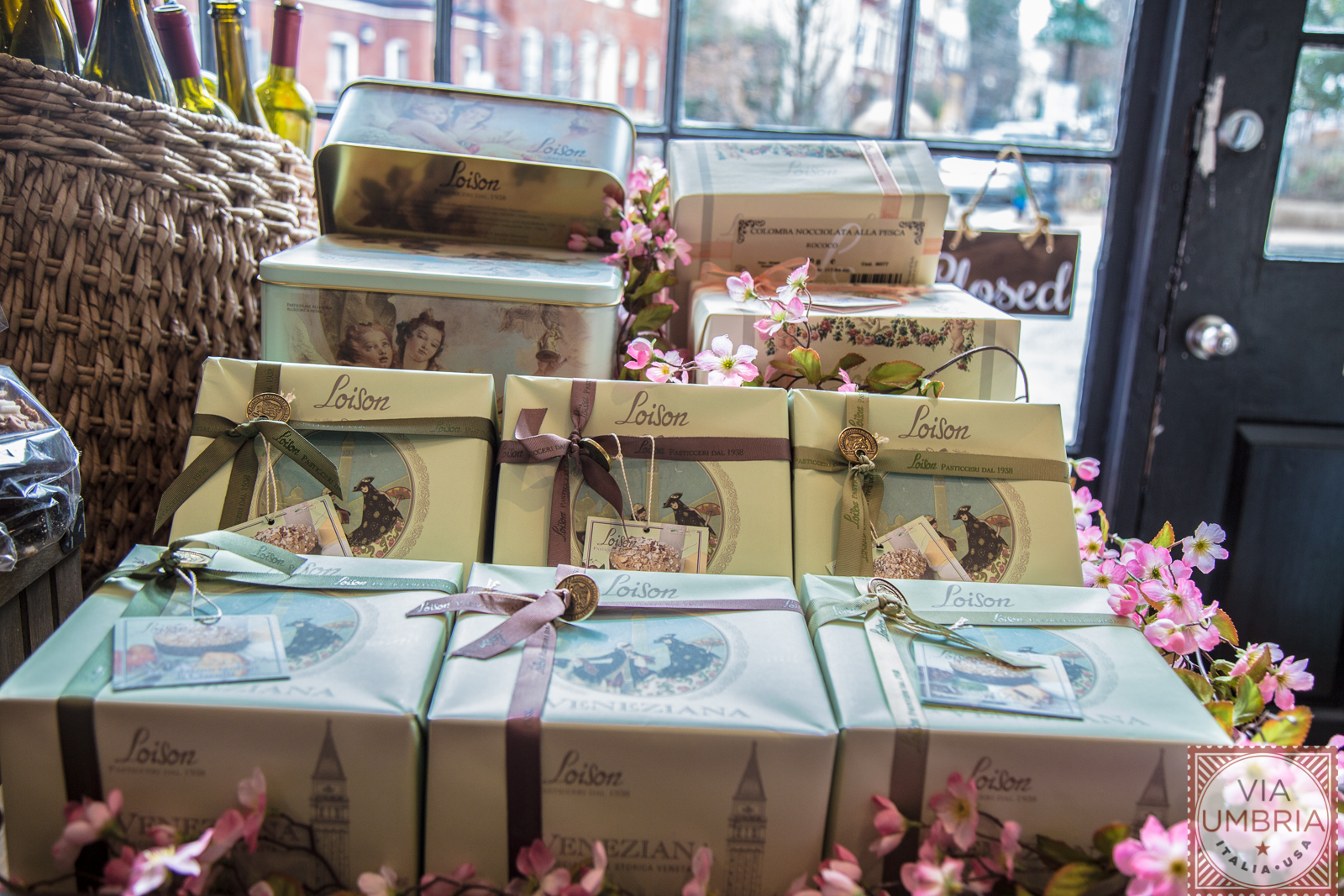 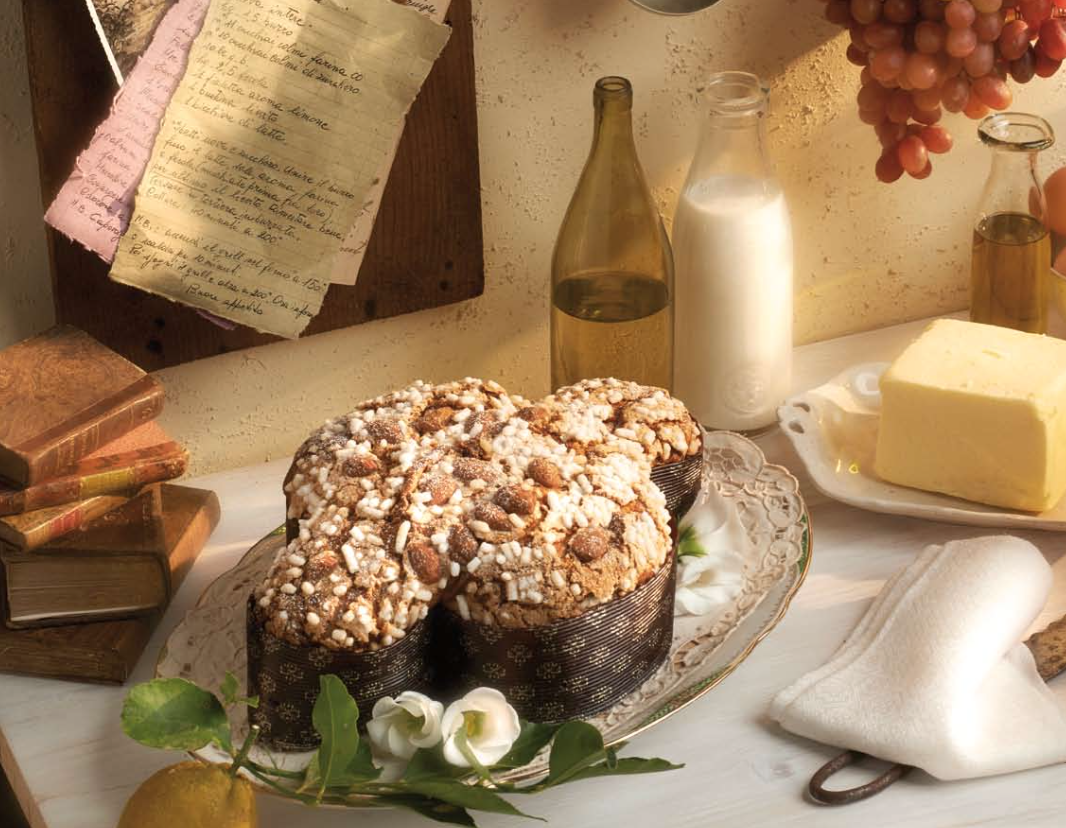 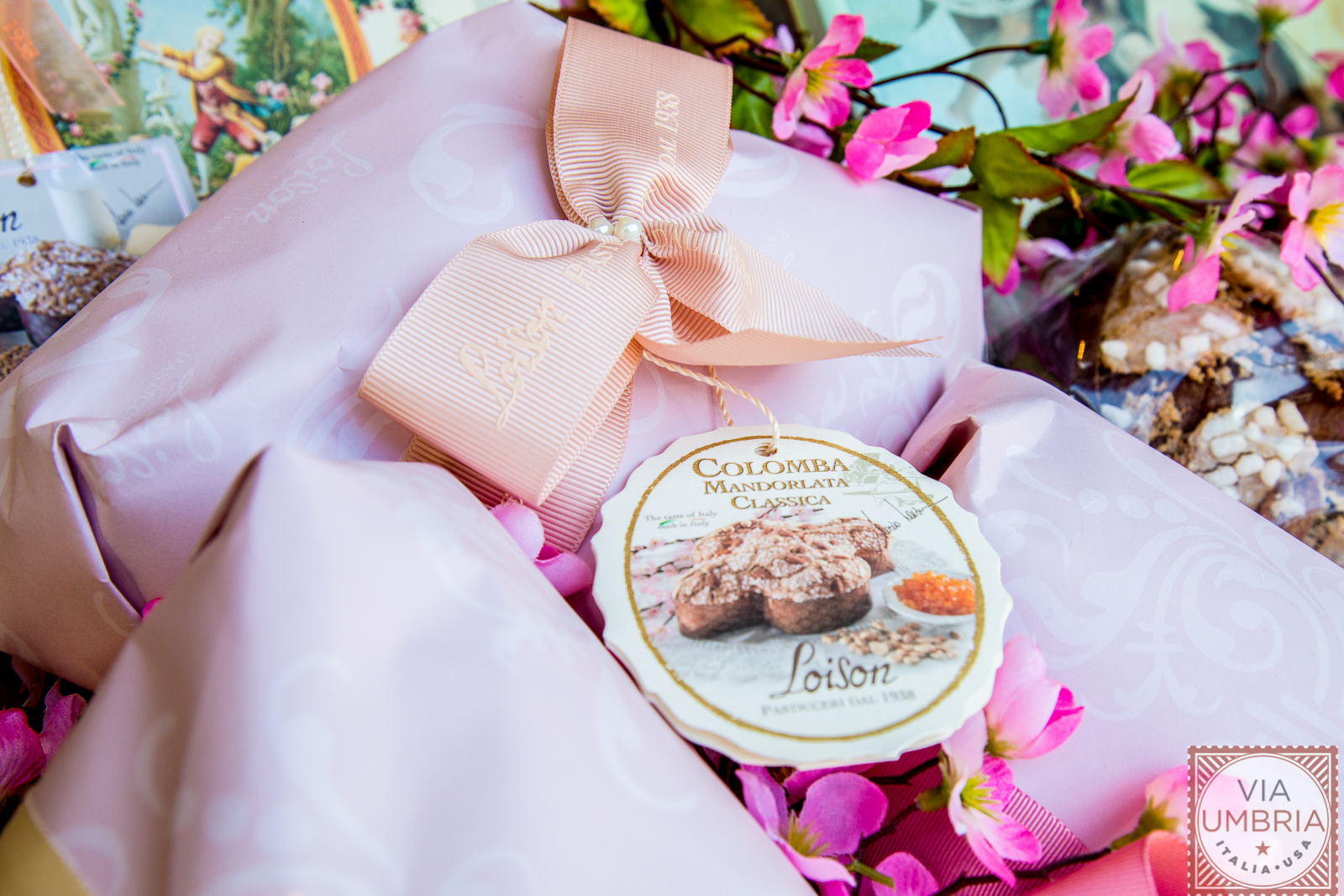 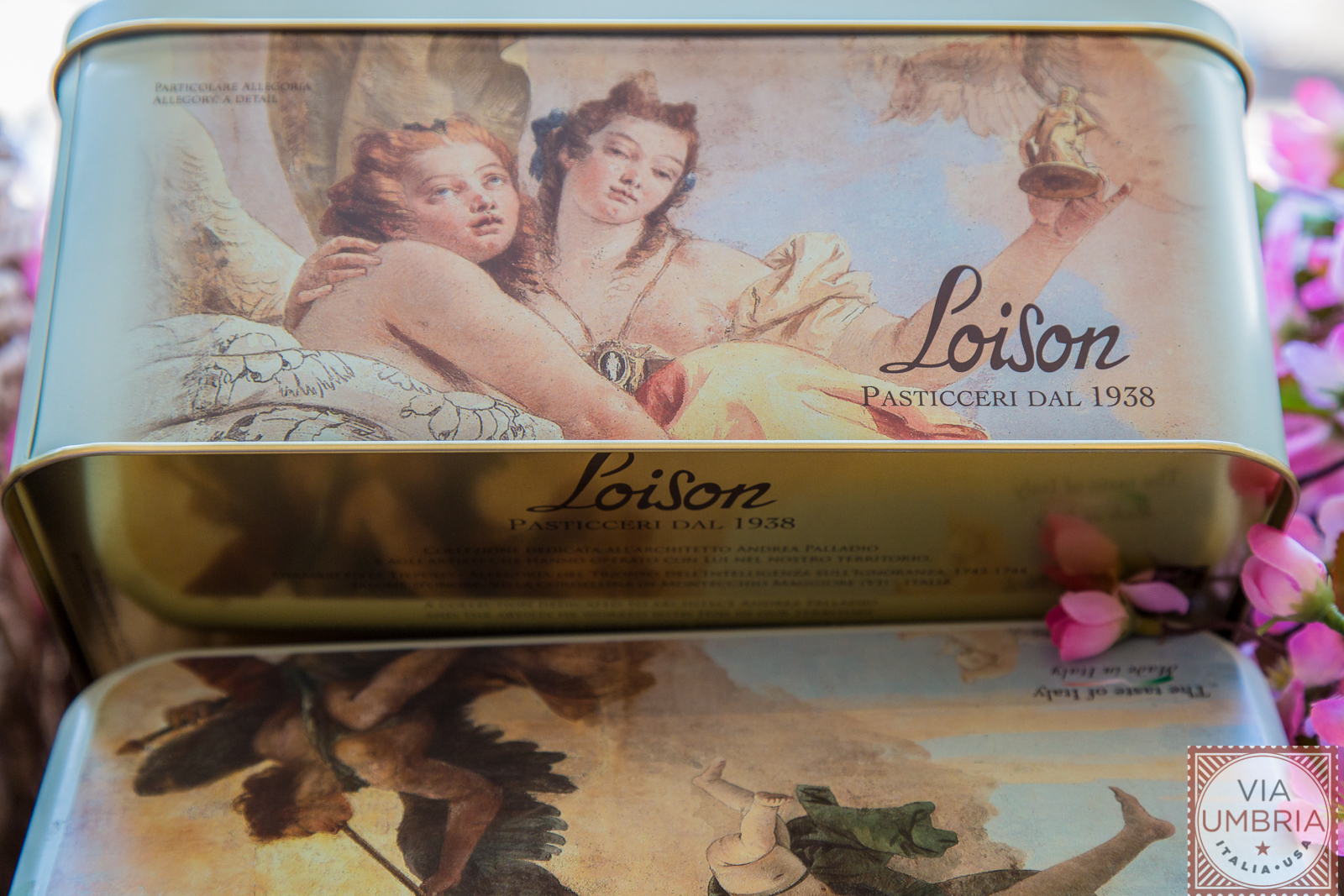 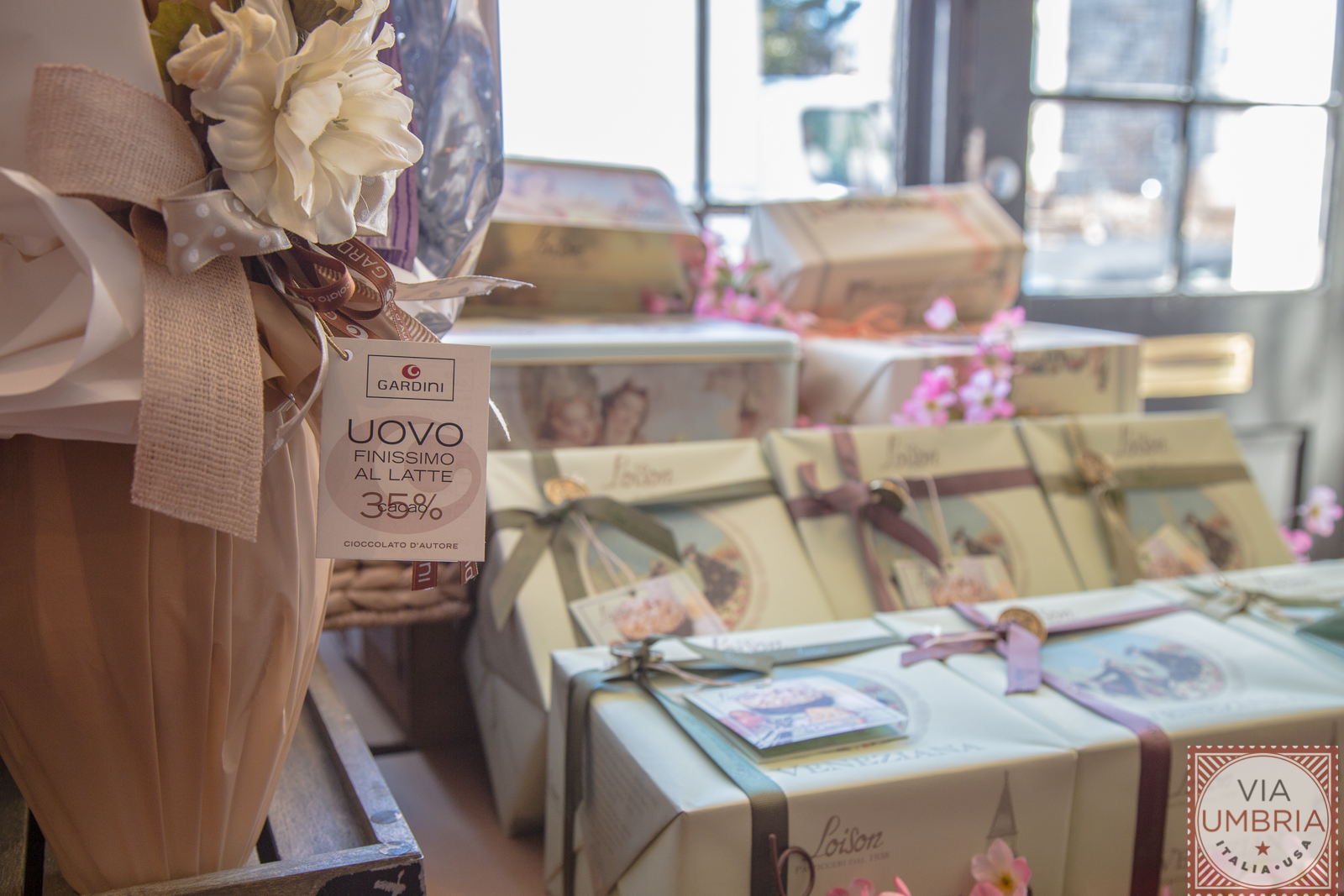 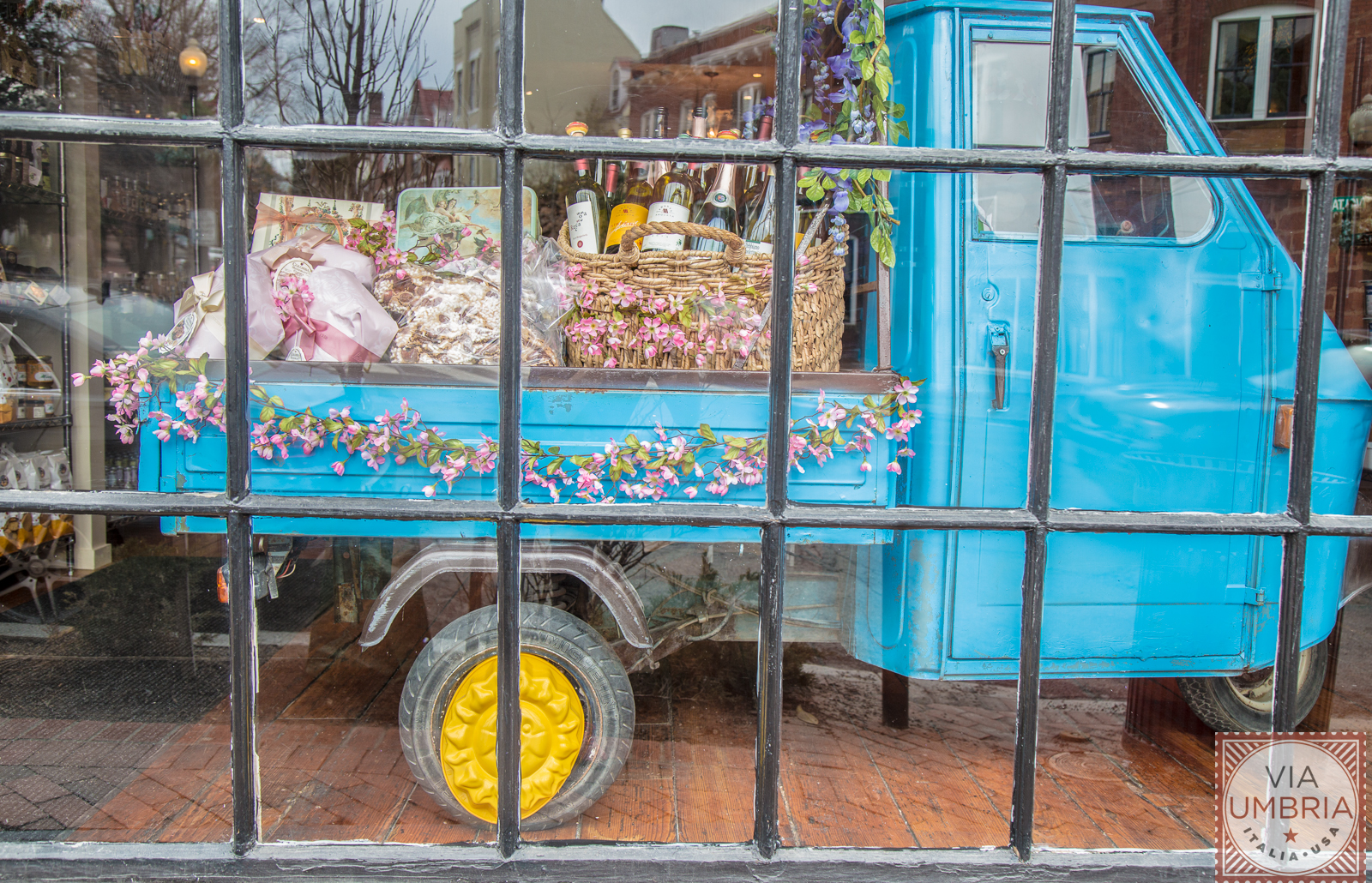 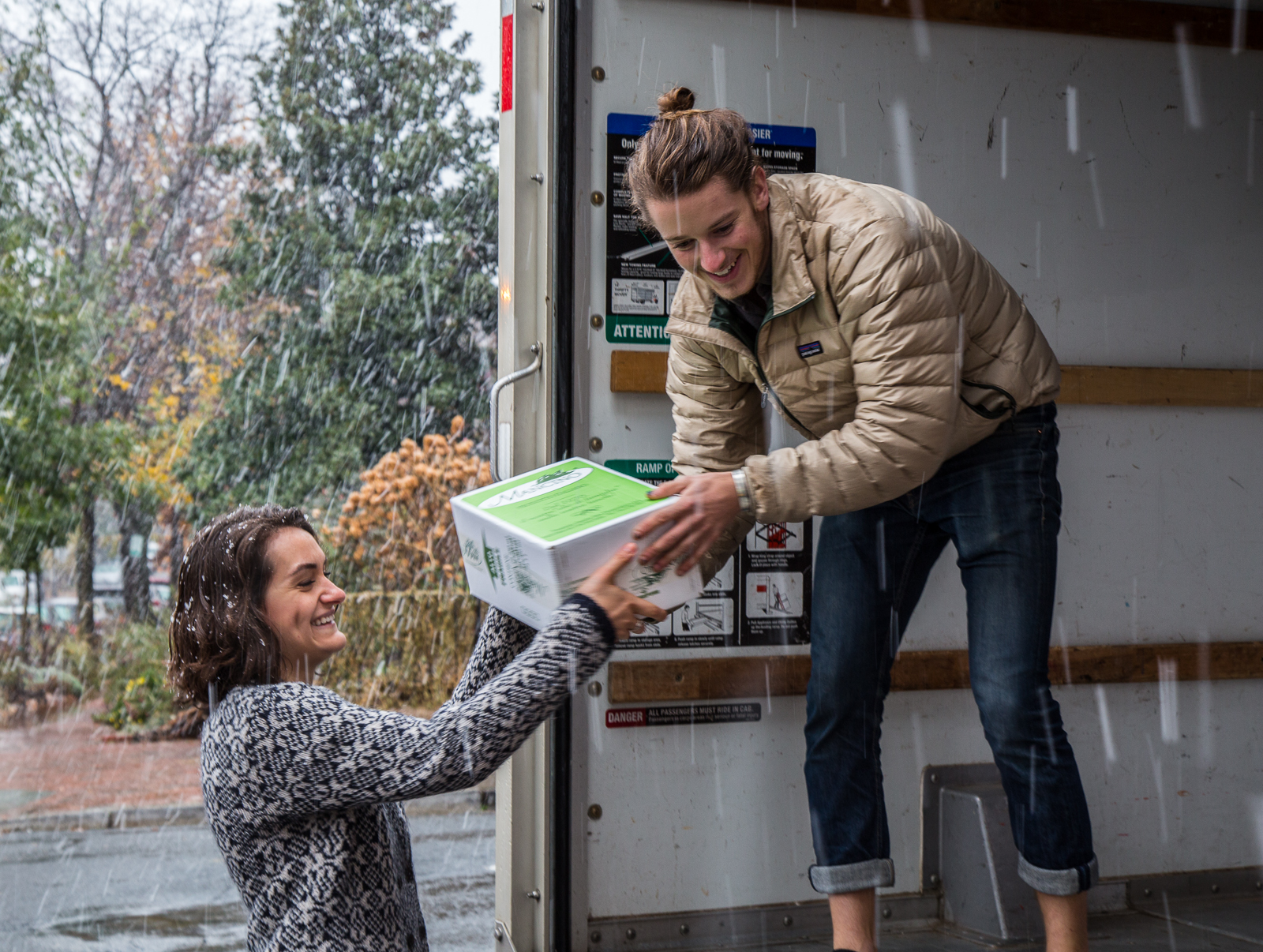 We waited in anticipation for our shipment of cakes, candies, and chocolates from Italy to be cleared at customs. Would it arrive on Thanksgiving, making us skip the big meal?  Or Black Friday, causing chaos and clutter? 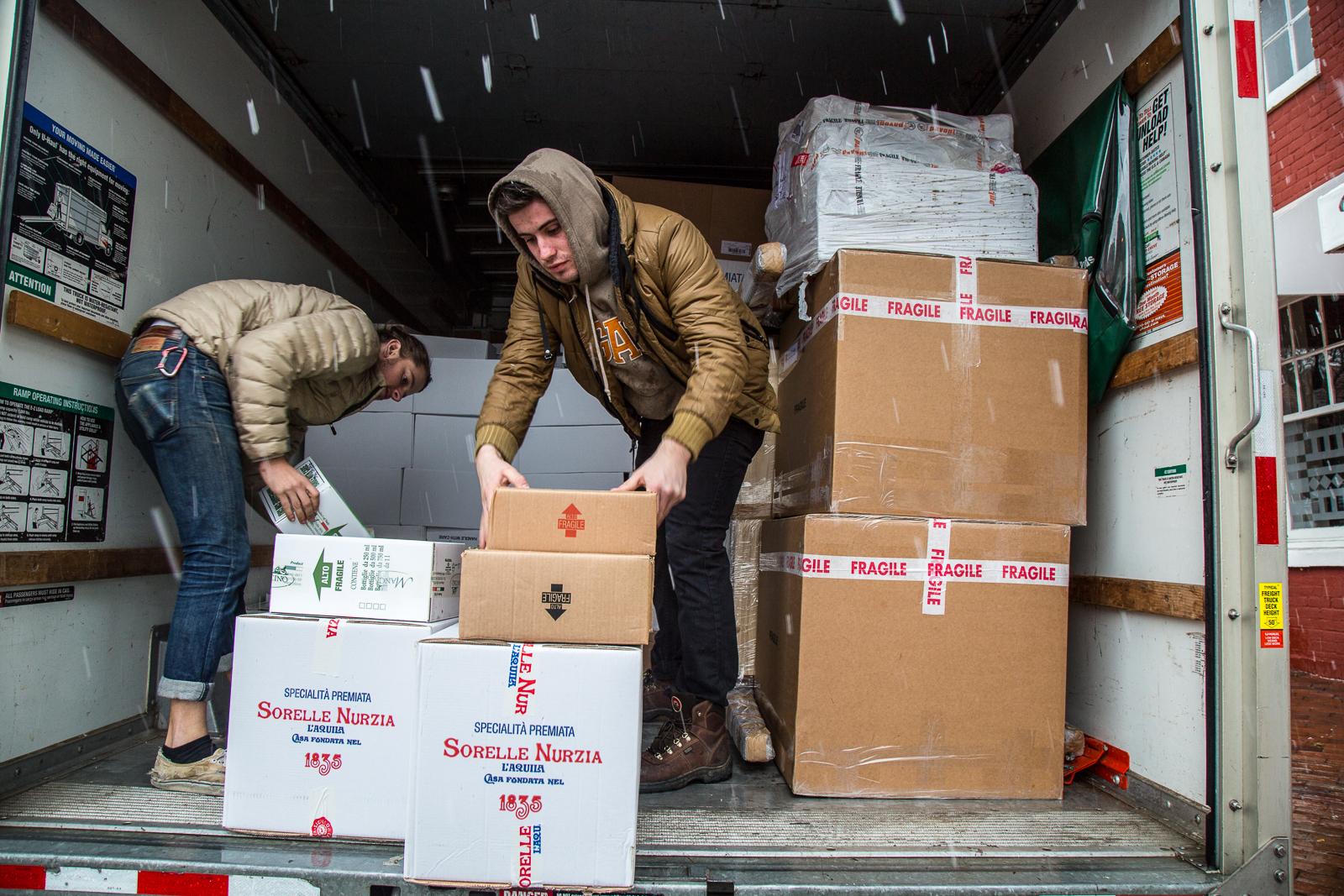 But our boxes and boxes and boxes of joy would come through during the first snow of the season in Georgetown, and just as Teddy and Davis, my sons, flew in from sunny Los Angeles to help. A flurry of activity, and huge, fat flurries from the sky. 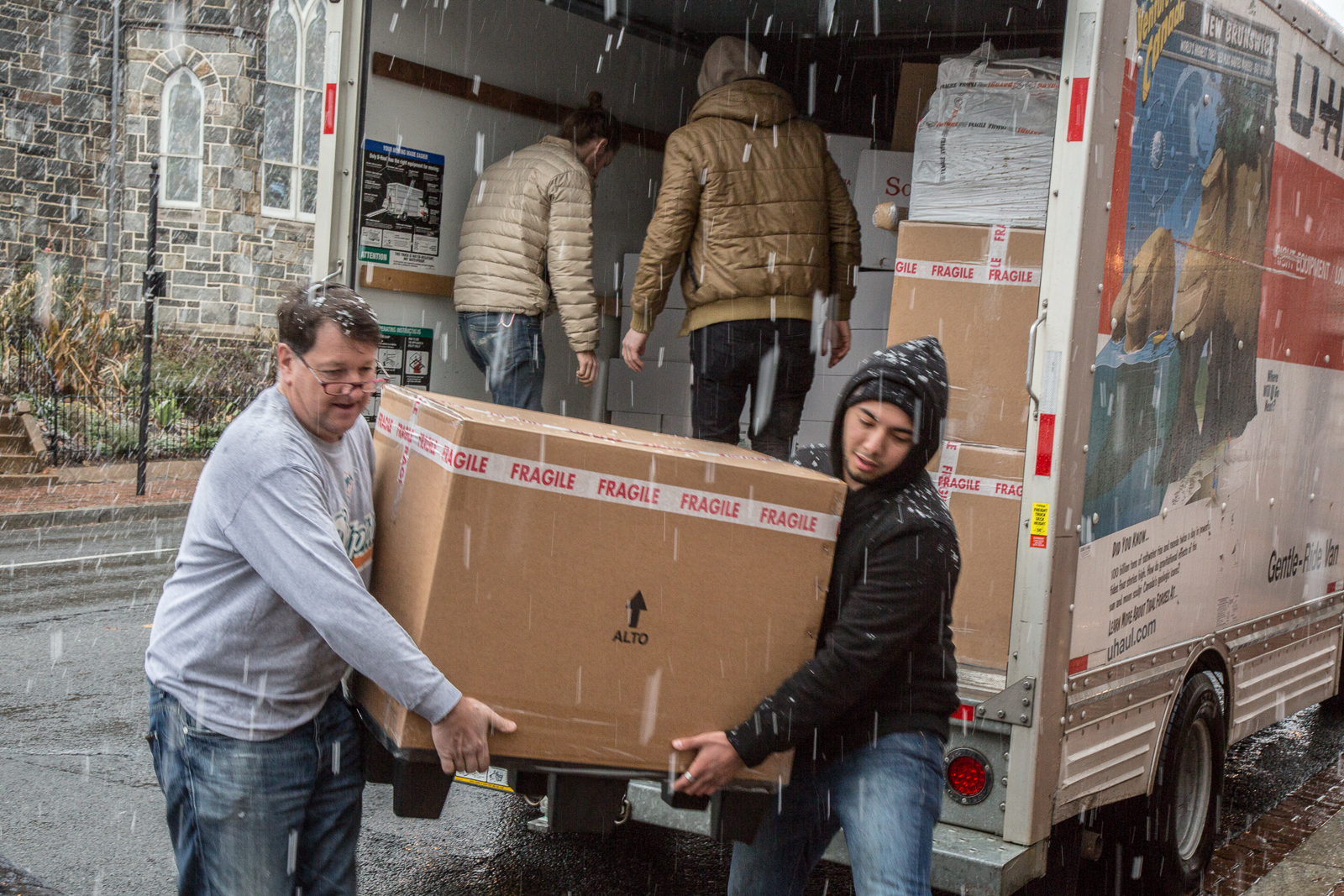 As we tore into the boxes and unpacked, the scents of Italian Christmas wafted out of the containers.  Panettone smells like Christmas. Gianduia smells like mid afternoons in December. And torrone smells like a diet in the New Year. 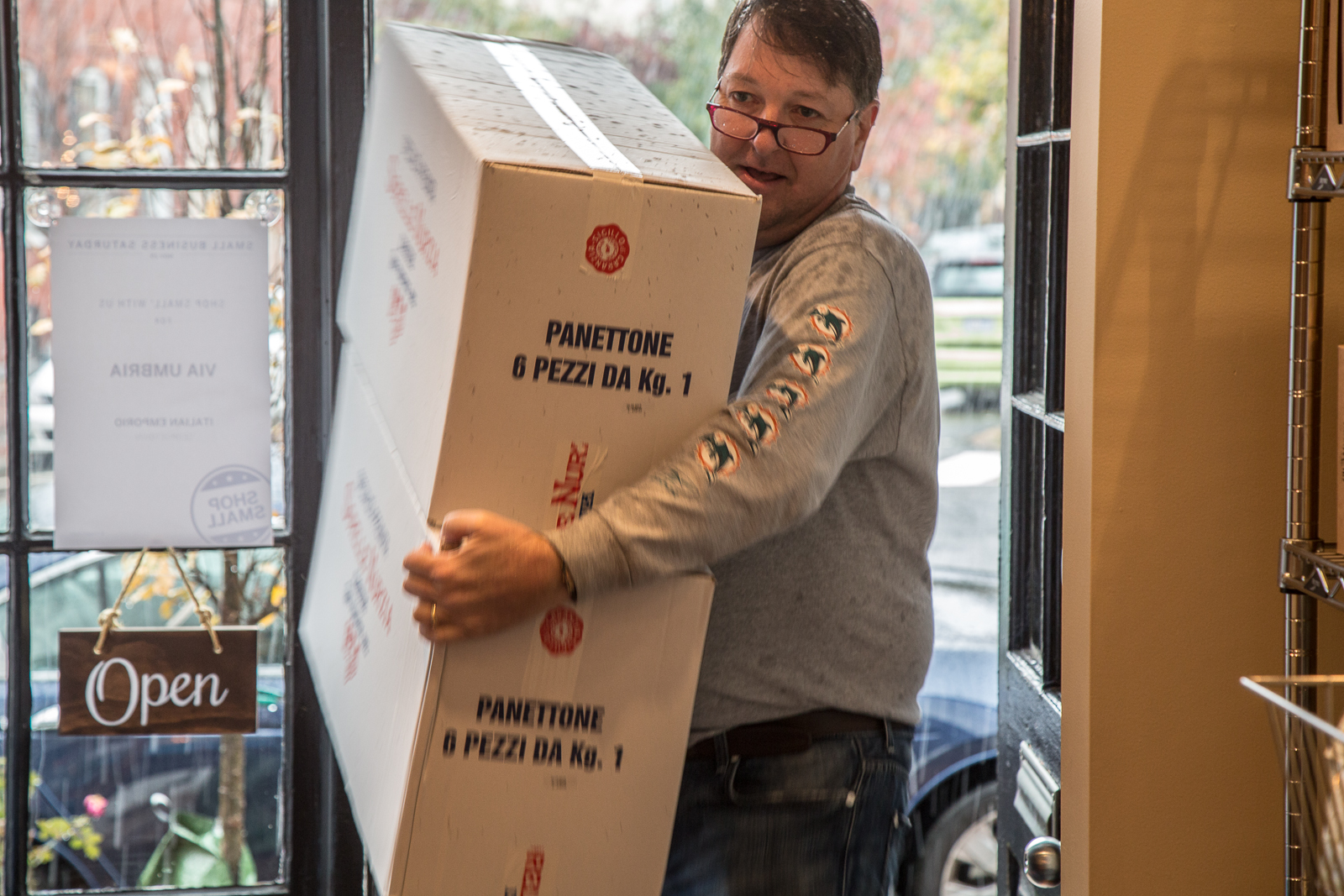 As we unpacked box after box of panettone, we remembered that this we have a good handful of flavors in stock, including chocolate, candied chestnut, and prosecco. New as well is the ability to order them though our website here. Loison makes their panettone with only real ingredients and no preservatives in the same way they have produced them for centuries, by hand in Venice. Their panettone does not taste like sugary bread, they way some American products do, but instead a rich and soft holiday treat. 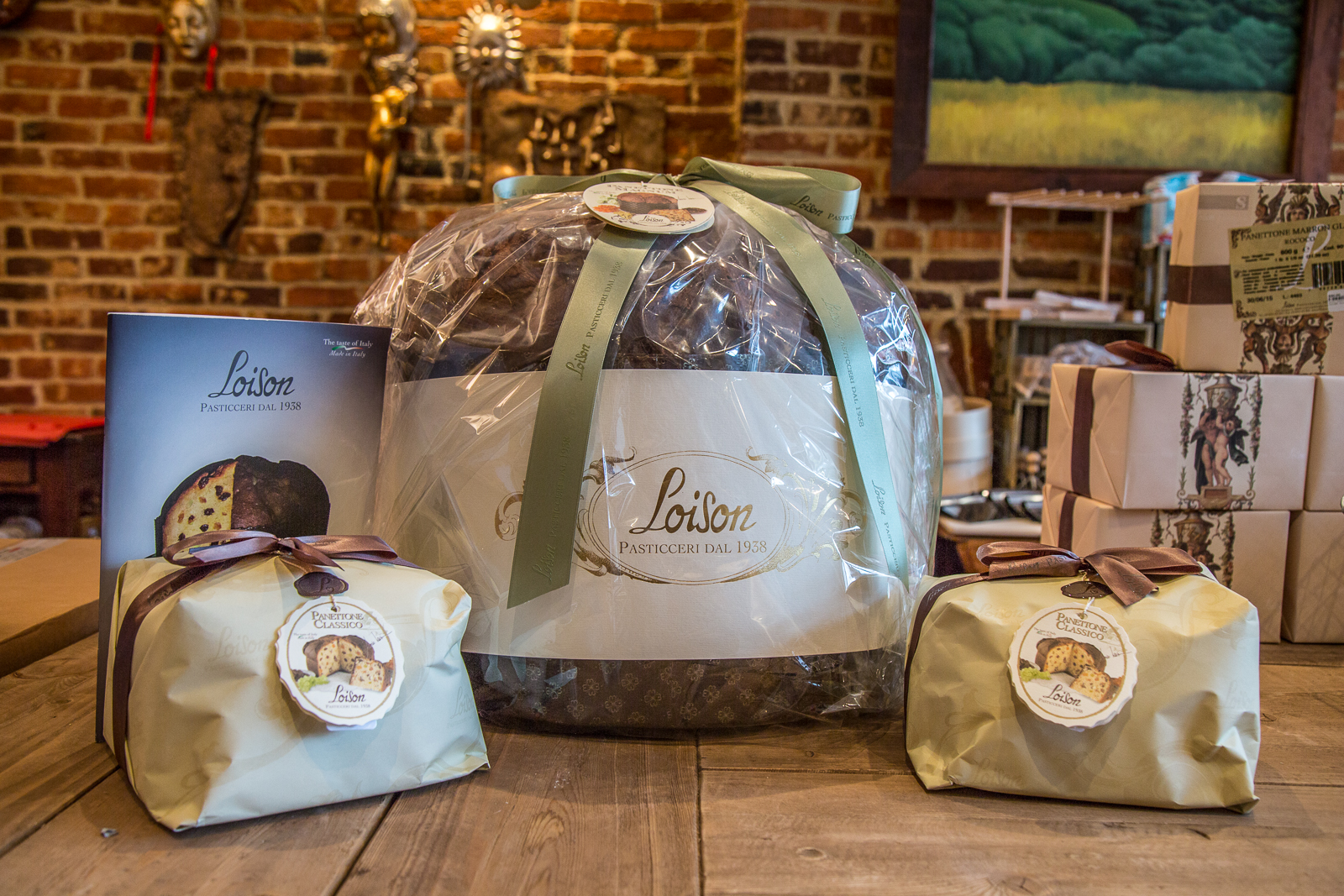 But what I always fall for are the torrone. Years ago I toured the Sorelle Nurzia factory (you can find the old blog post here, and became obsessed.

To see exactly how they handcraft the torrone we have stocked in store see this excellent video (it is in Italian but stick through it for the “sensual” ending).

Though the unpacking was wet and cold, the reminders of beautiful Italian holidays past made opening up every cardboard box akin to tearing through gifts on Christmas Day. And what better gift then being able to bring a little bit of and Italian Natale to DC.

We waited in anticipation for our shipment of cakes, candies, and chocolates from Italy to be cleared at customs. Would it arrive ...