It’s summer at La Fattoria del Gelso and we are ready to host you in this awesome place in the green heart of Italy. We said summer and that means pool, drinks, fresh food and relaxing. We had this combination a couple of days ago and now it’s time to share with the guests. The farmhouse is ready with its flowers and this year we’re lucky to have a wonderful golden wheat crop set against the cozy sunset each evening. Like every summer, the chicken coop is full of friends: hens, guinea fowls, geese, ducks and our beautiful rooster (he is a good fellow, he understands that he can’t bother us early in the morning!)

Another beautiful corner is our garden. The asparagus has just finished, but a good substitution has just arrived: green beans are now the king of La Fattoria del Gelso. And we can’t wait for the tomatoes and potatoes that are coming next. And since we are in Cannara, we can’t miss garlic and onion. So… we have good weather, a good location, good food and what else? Of course good wine is always with us. 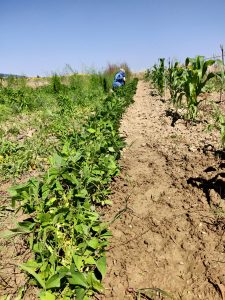 Next week we’ll have our typical pizza night and we are going to try our new favorite pizza: mozzarella, fresh stracciatella, anchovies and truffle! What? Did someone say truffle? Yes, we did. This year we have a new member in our family: Google, the truffle dog! Google and Marco go truffle hunting every morning and they are doing a great job. A lot of people are coming and we are ready to host them on tours, private dinners, cooking classes or whatever they might ask. 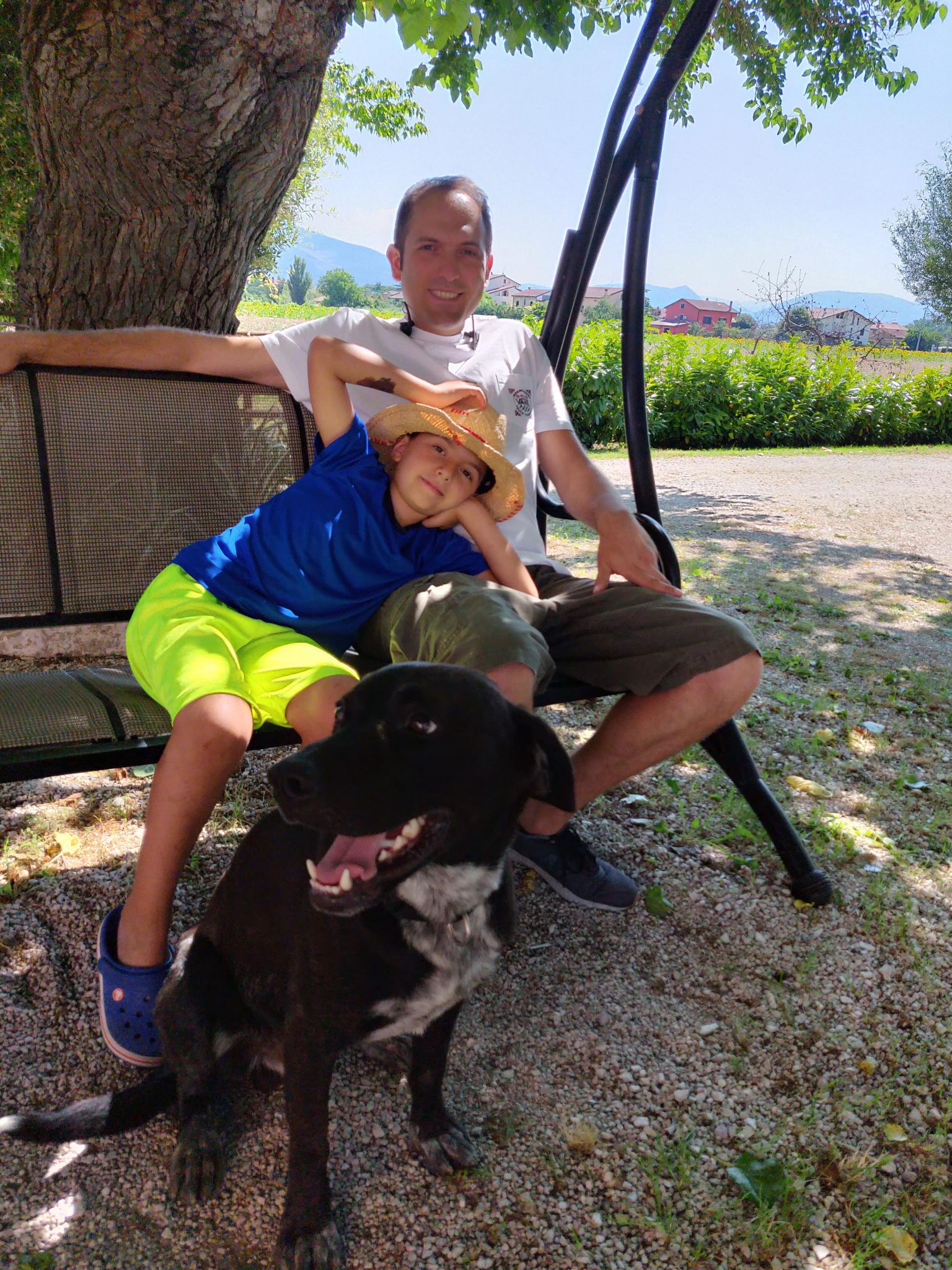 We try to do our best to give you an unforgettable experience in Umbria.

It's summer at La Fattoria del Gelso and we are ready to host you in this awesome place in the green heart ...

Our Umbrian Valentine!  Valentine’s Day is taken very seriously here at Via Umbria, not only because of what it represents, but also because of the history behind the holiday. Not many people know that the true San Valentino hails from our beautiful Umbria. While not a lot is known about the historical figure in relation to his life, we know that he was born in Terni, Umbria which is about an hour away from our Fattoria Del Gelso in Cannara. St. Valentine was a pioneer of the Christian community in Terni and is considered the first Bishop of the area but was persecuted for his religious beleifs and was eventually executed by the Emperor in Rome. The relic of his skull rests in Rome at the church of Santa Maria (pictured below) while the rest of his body was taken back to be buried in Terni.
As the official ambassadors of Umbria here in Washington D.C., we have taken it upon ourselves to carry on San Valentino’s name and traditions.  We have been celebrating all month long and if you are still searching for something to pick up for that special someone in your life, come by the store and we will get you squared away. If it is the traditional chocolate gift that interests you, we have you covered with many creative and delicious chocolates. If you want to give a gift that is outside the (heart shaped) box, consider coming in for some of our cured meats, specialty cheeses, imported wines or even some of our amazing coffee.
If you can’t make it in to the store, check out our online shop for all your Via Umbria needs!
Happy Valentine’s Day from all of us at Via Umbria!

Our Umbrian Valentine!  Valentine's Day is taken very seriously here at Via Umbria, not only because of what it represents, but also ...

Elsa Bruno, a Via Umbria employee, recently spent two weeks in Umbria at La Fattoria del Gelso. Here are some of her thoughts from the time spent in Italy.

Meals in Umbria were always a treat. As anyone who has visited Italy can tell you, eating is a central activity. But some of the most memorable meals were not made in a restaurant, but  prepared from the Farmhouse’s very backyard.

Unlike a hotel, or traditional rental, La Fattoria del Gelso has a working kitchen garden for use by the guests.

Building a meal around what you have physically growing next to you feels so refreshing. The task of thinking of a dinner is not exhausting when you have a finite amount of fresh materials. After a long day of activity, the question “what will we have for dinner?” is met by a glance out the back door. What do we have? 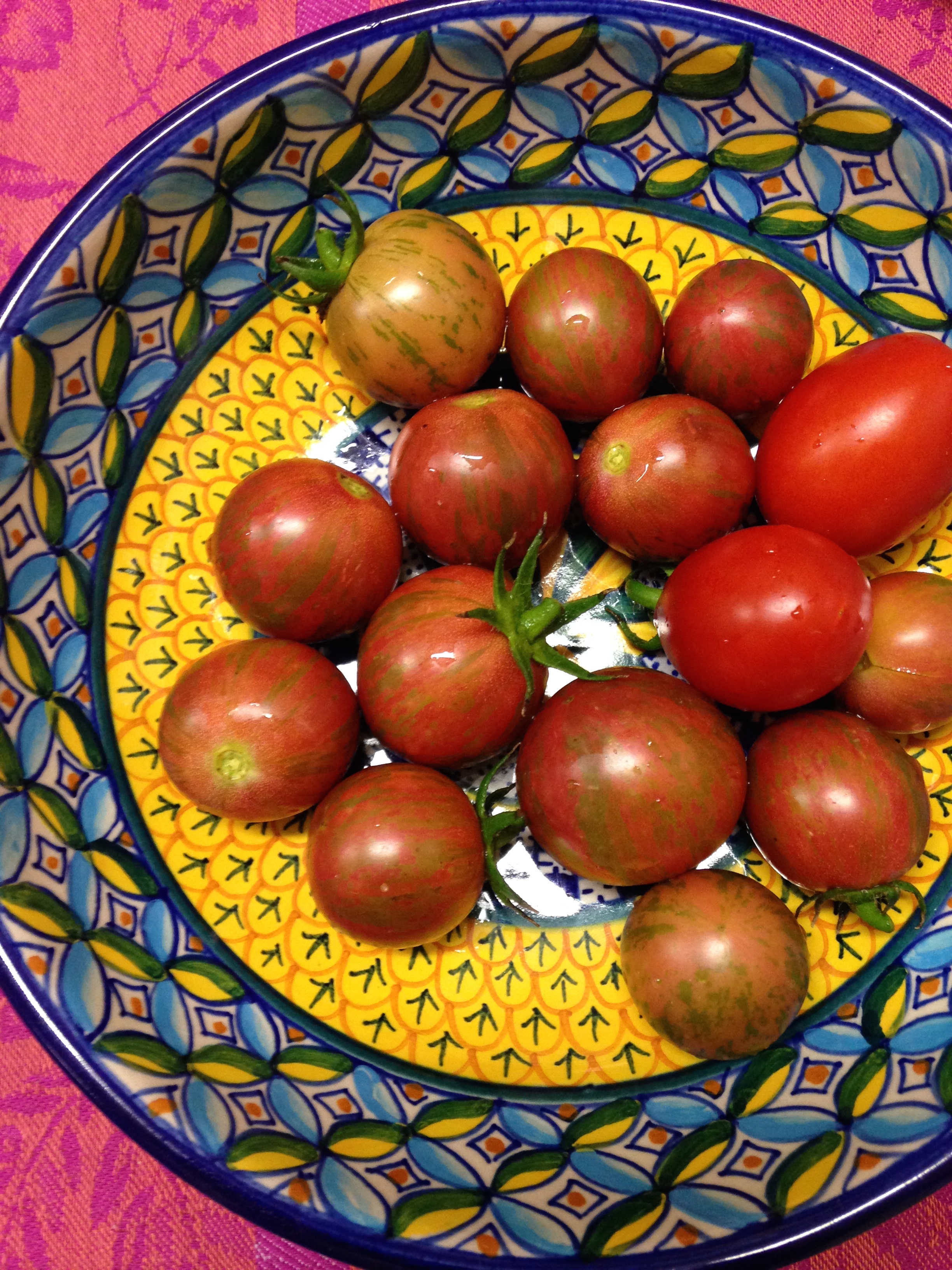 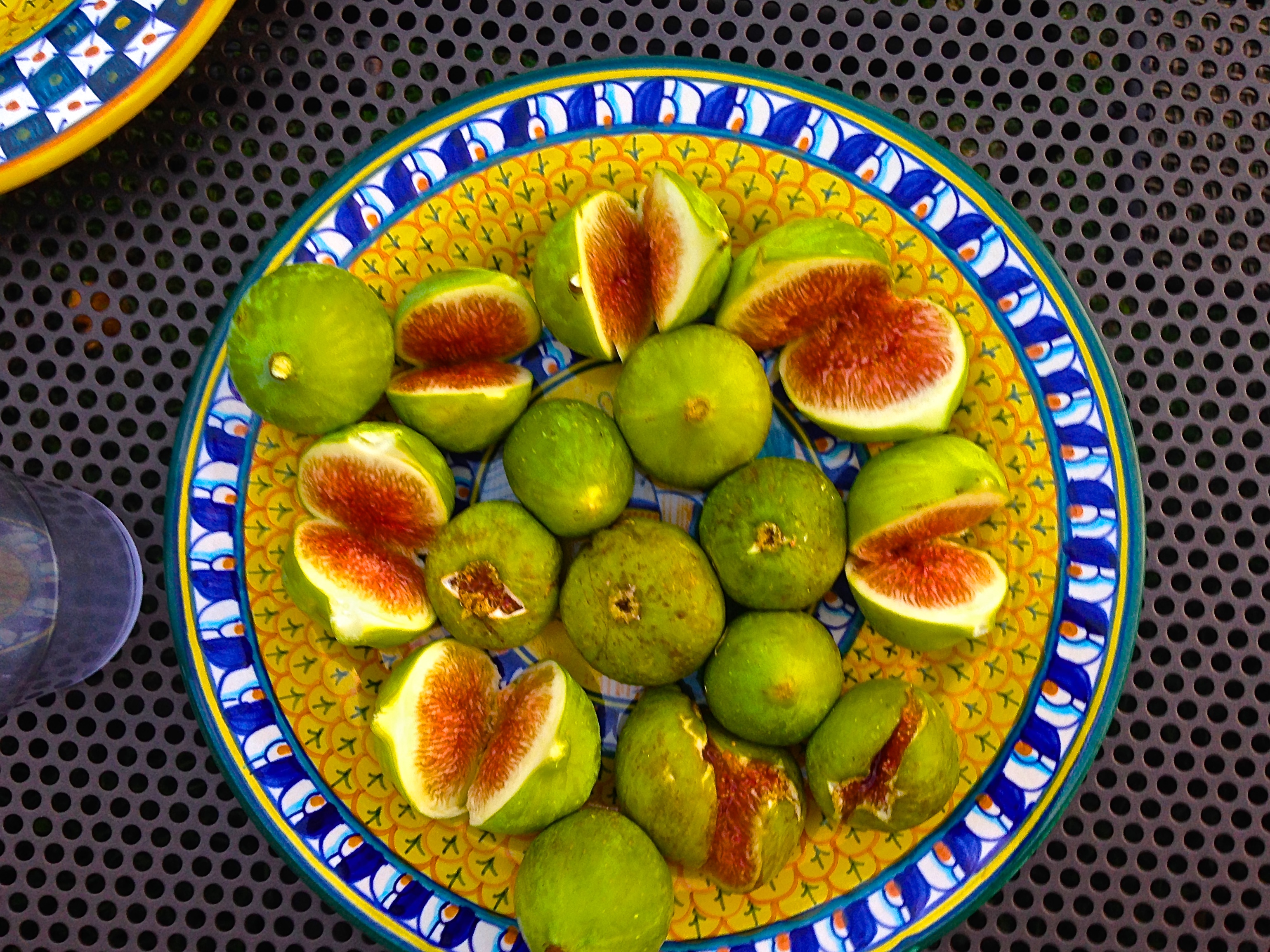 Many times that question was met with the answer of tomatoes, lettuce, eggplant, and tons of figs. Enter leafy salads topped with local olive oil, fried eggplant tucked into pasta, tomatoes drizzled with oil and tossed with mozzarella, and figs paired with sharp local pecorino cheese. No matter how many times we had a combination of those dishes, we kept coming back for more. 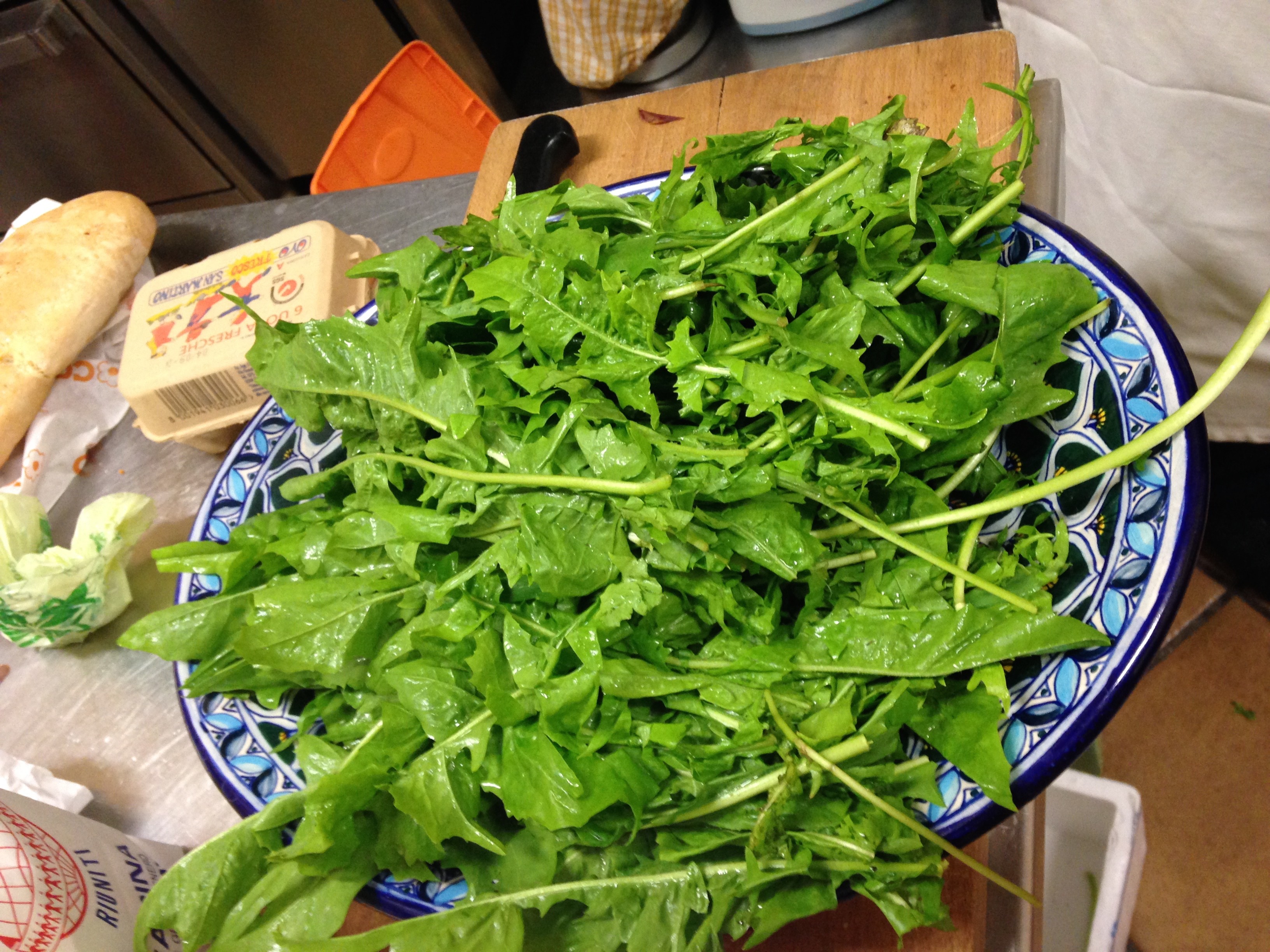 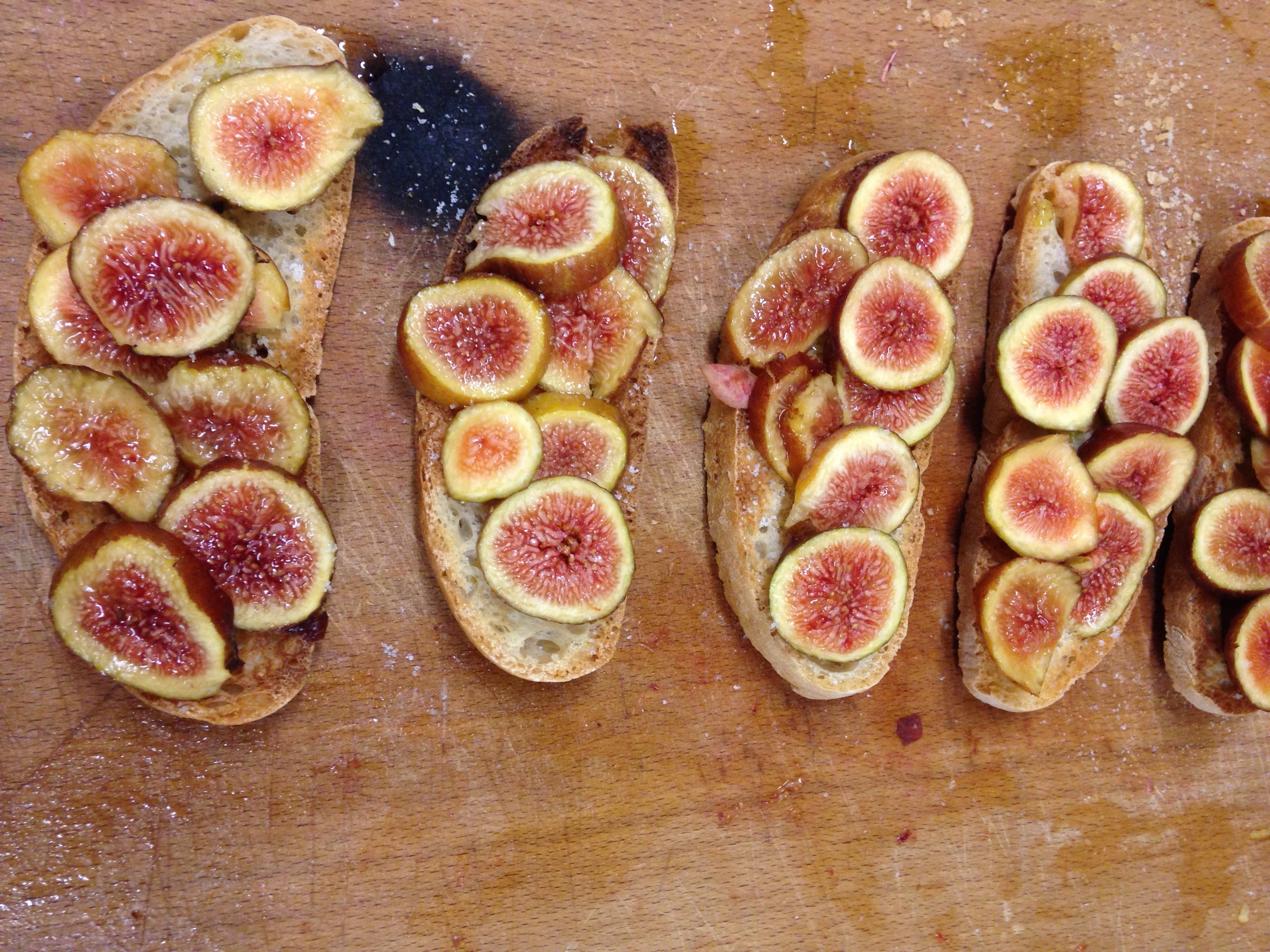 A glass of local wine (from a vineyard visited that afternoon) was always poured as we assembled the ingredients from the garden and set to work on our dinner preparation. Soon we were walking out to the pool with our hand painted ceramics and wine glasses, to eat a simple yet delectable meal as the sun set.

Being able to cook and eat like a local is a fun part of any vacation. But claiming to have a huge garden entirely at your disposal while vacationing? Now that’s La Fattoria del Gelso.

The dates for 2016 are now open. I would suggest you book a trip of your own, if not just to see what’s in season in the garden.

— Elsa at Via Umbria

Elsa Bruno, a Via Umbria employee, recently spent two weeks in Umbria at La Fattoria del Gelso. Here are some of her ...