Jennifer has an abundance of zucchini and is putting the blossoms to good use.  This gorgeous arrangement of fresh zucchini blossoms stuffed with ricotta and parmigiano is accented with bright cherry tomatoes and scented with lemon and basil. It’s a dish that never fails to impress—both for how gorgeous it is and how shockingly simple it is to prepare.

Jennifer has an abundance of zucchini and is putting the blossoms to good use.  This gorgeous arrangement of fresh zucchini blossoms stuffed ...

Life Italian Style’s  Family Farms of Montefalco Tour has been a big hit so far this season.  In addition to a wonderful tasting of cow, sheep and goat’s milk cheeses from a young local farmer, we visit two local farms and meet all of the animals – from chickens and ducks to rabbits, sheep, pigs, goats and cows!  We also take a stroll through the borgo of Montefalco, always stopping at the Pardi linen store – a visit to their neighboring winery completes the day! 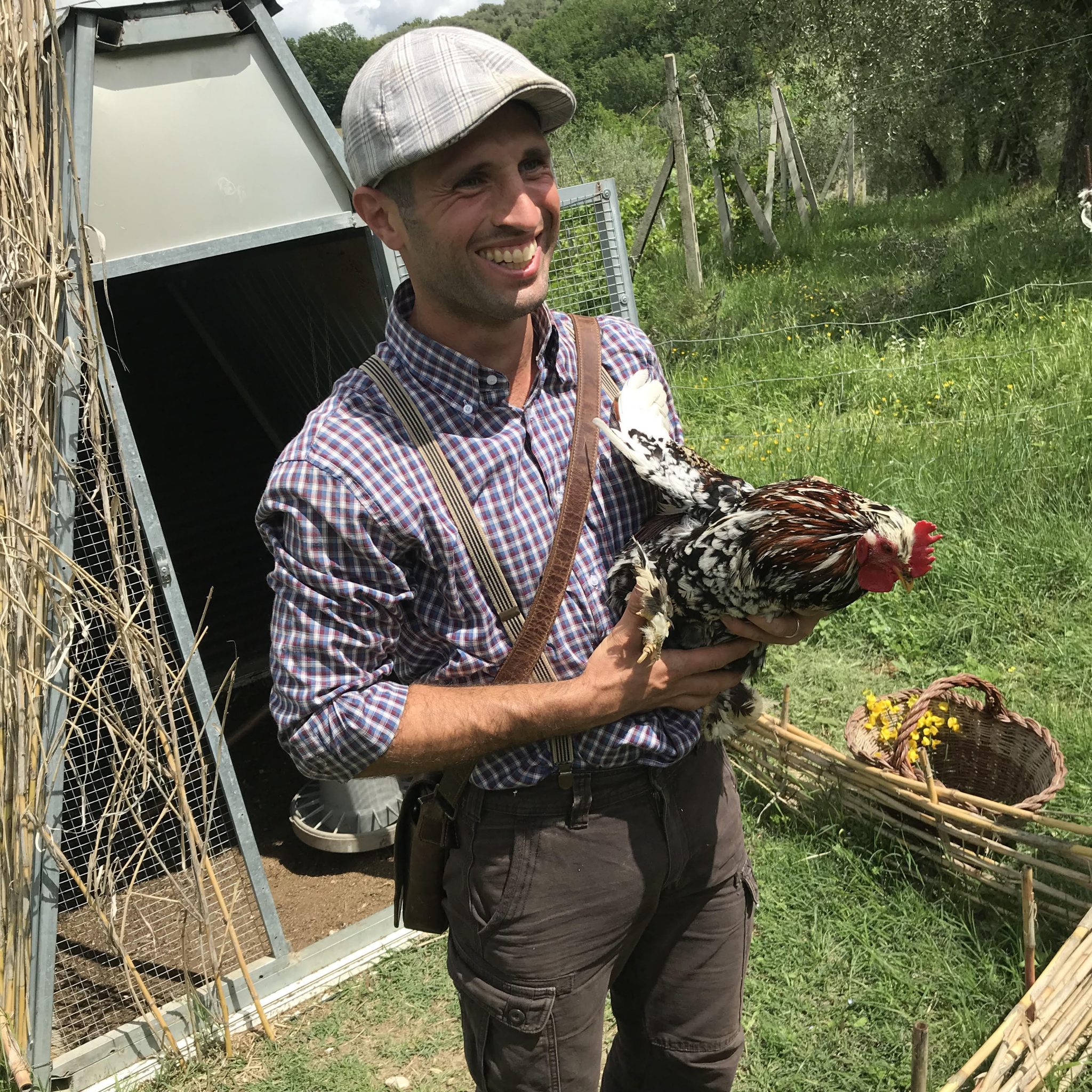 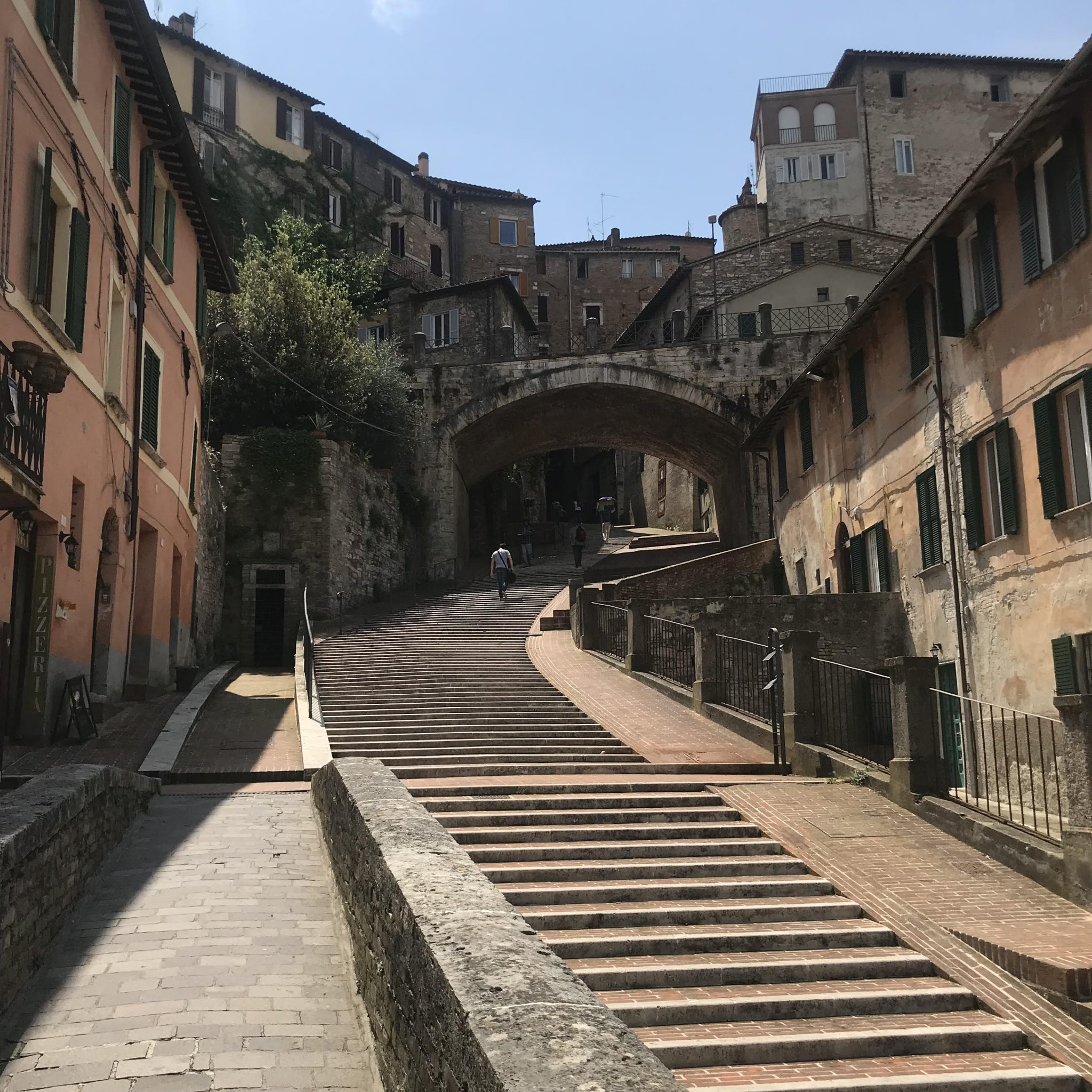 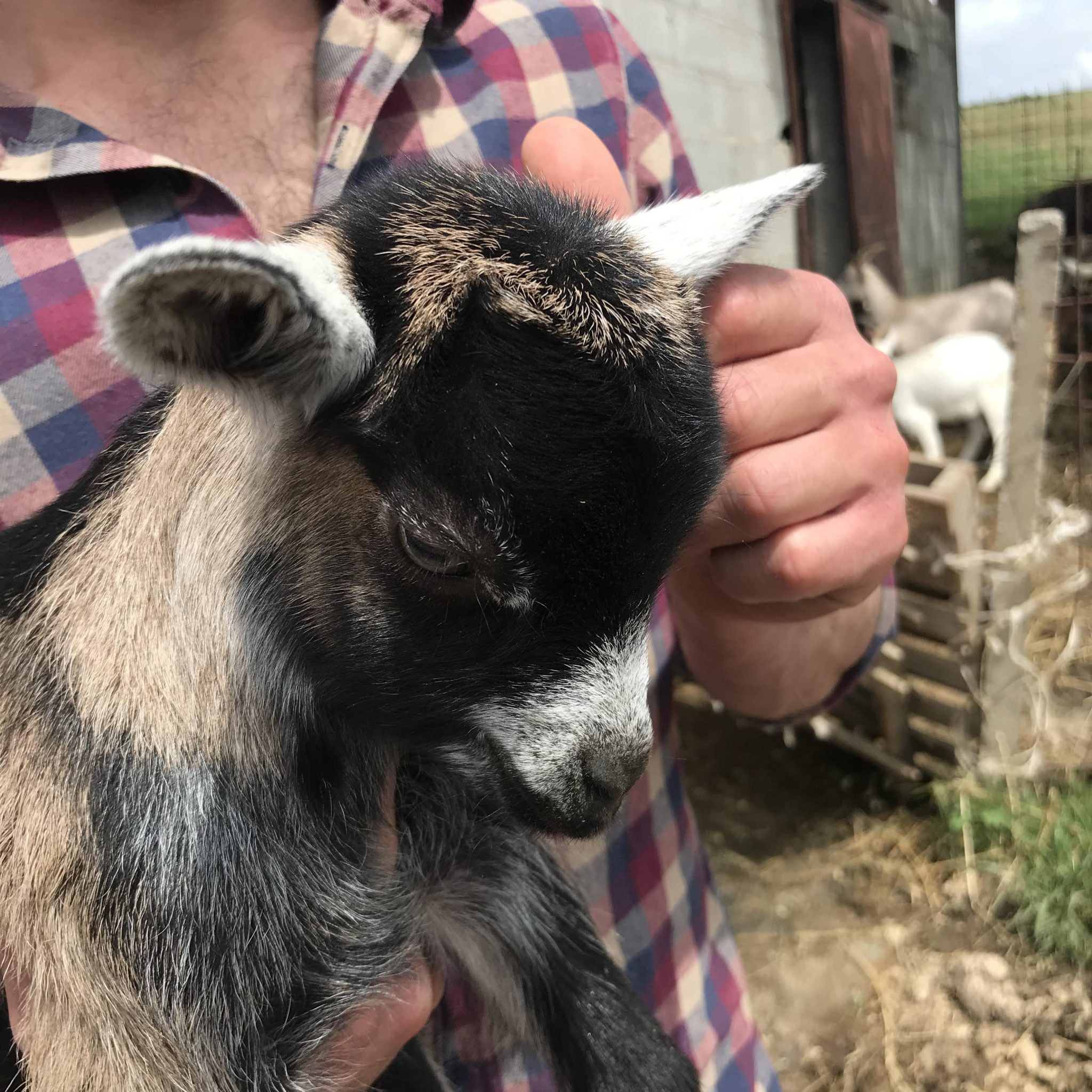 For a more active day, nothing beats a horseback ride though the vineyards of the Terre Margaritelli winery followed by a long winery lunch or a cycling tour through the Umbrian valley with a picnic lunch in the countryside! 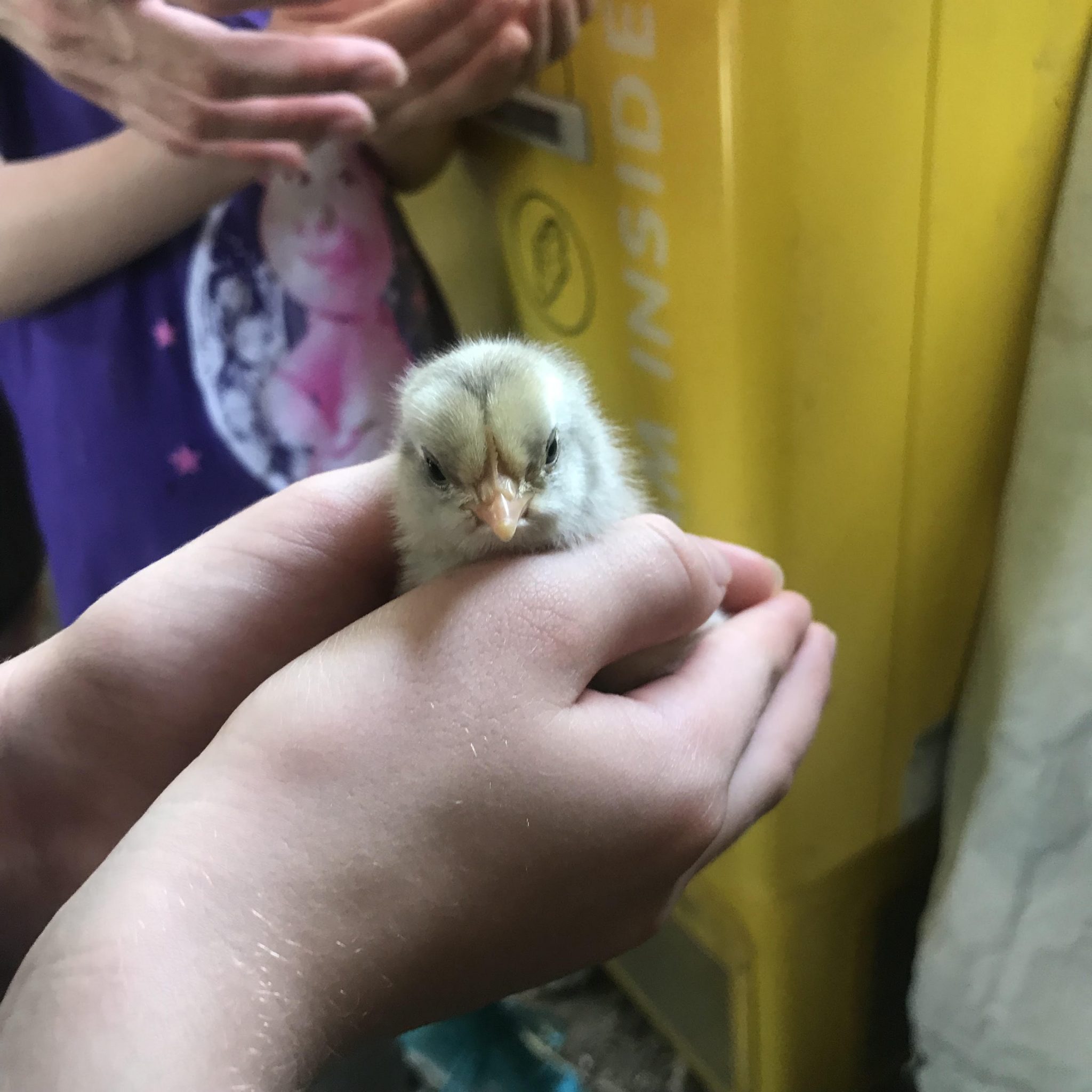 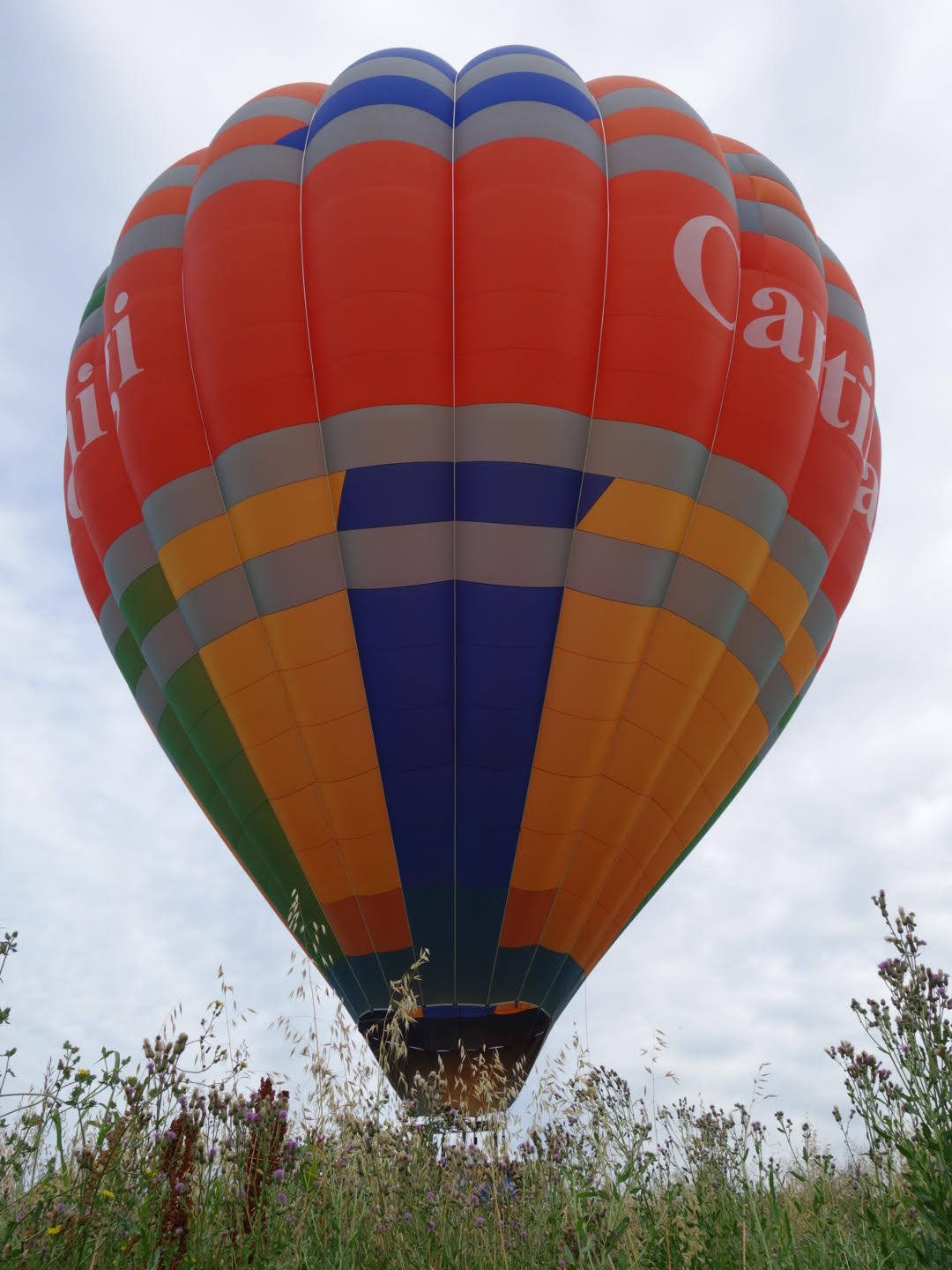 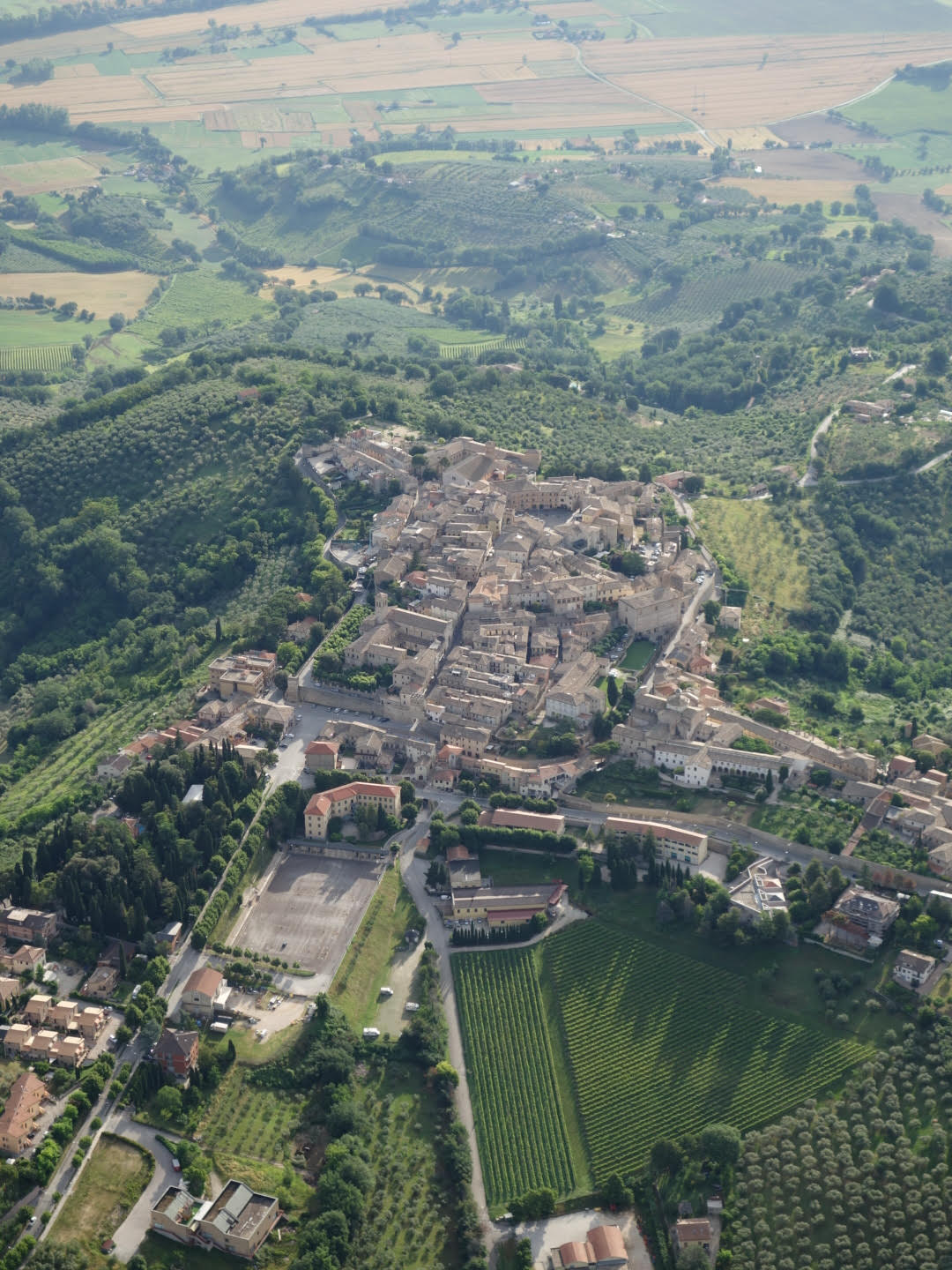 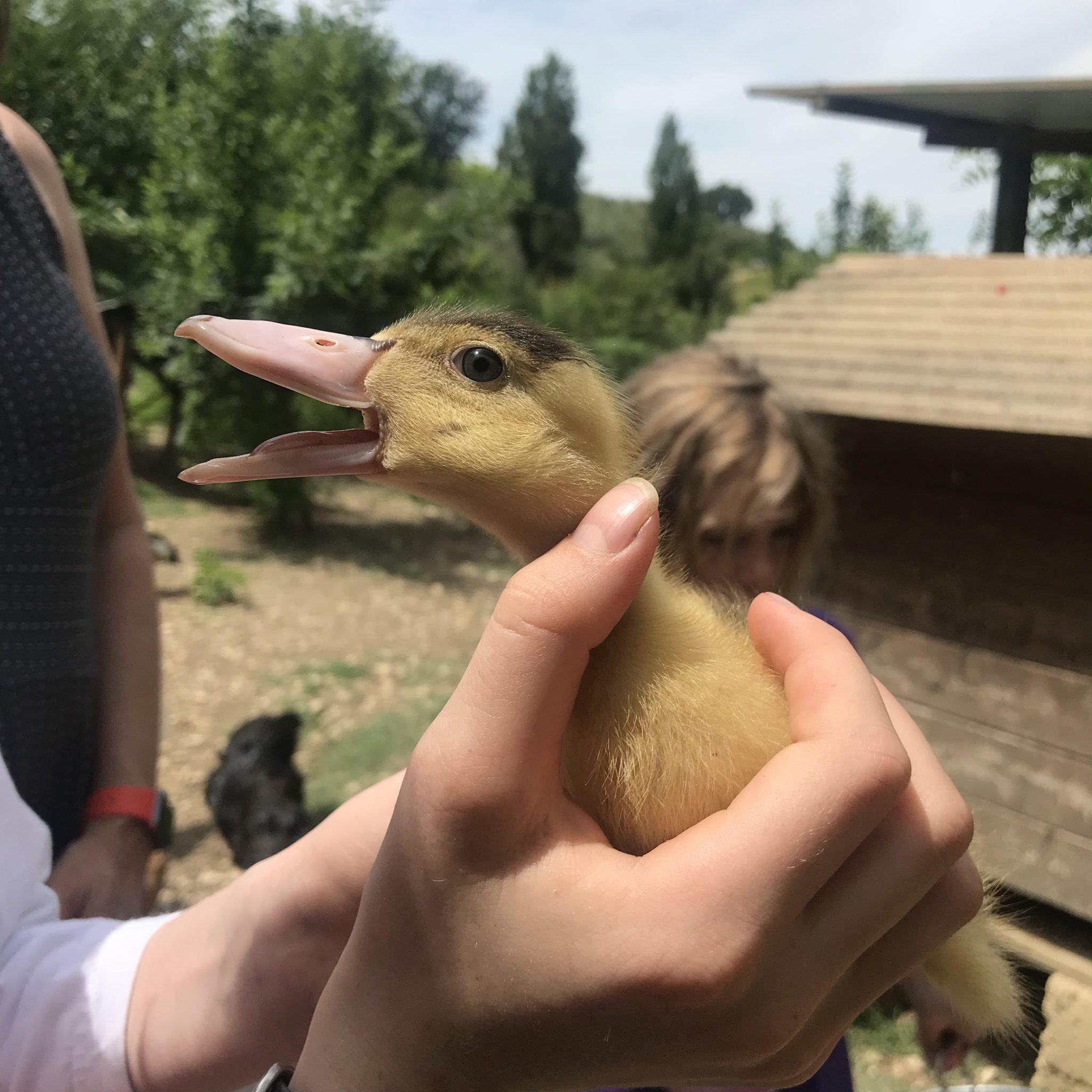 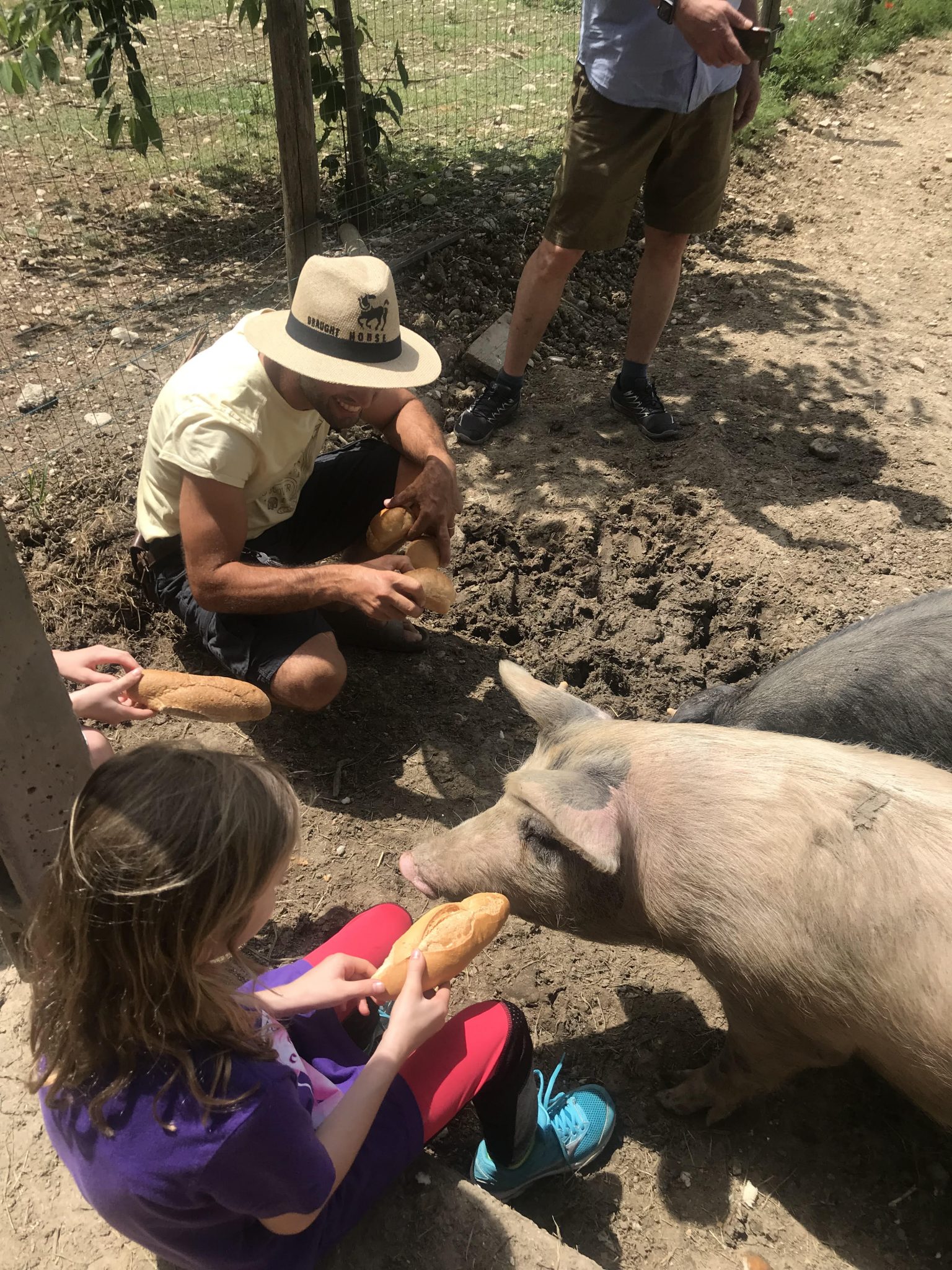 Discover the best that the neighboring Umbrian villages have to offer!  I have designed my Tasting Tours of Bevagna, Spello and Perugia to explore all of the hidden secrets from the best salami producer to the original Perugian chocolates!

“Jennifer has been working closely with all of the local farmers for 12 years—for a multi-course feast  at the Farmhouse using only the freshest locally sourced ingredients, reserve her to cook a special dinner for your guests!”

Life Italian Style's  Family Farms of Montefalco Tour has been a big hit so far this season.  In addition to a wonderful tasting ...

Acclaimed chef Jennifer McIlvaine has lead a whirlwind of dinners and cooking classes this week at Via Umbria as part of our Terre Margaritelli Takeover. Today, we sat down to chat about camp grills, eno-gastronomic tours, and her transcontinental culinary journey.

How did you get your start as a chef?

Like most people, I started out working in French-based restaurants. Eventually, I worked at an Italian restaurant in Seattle, and then opened a street food business called Bruschettina. This was way before all of the food trucks. I was one of the first people doing street food in Seattle.

What made you decide to do that?

People would go to these hip, chic farmer’s markets all over Seattle to buy organic produce, but there was nothing to eat at the markets except hotdogs and crepes. So I had this idea to cook at farmer’s markets. I would get vegetables from the farmers, bread from the organic bread guys, and then I’d make toppings. I had camp grills, so I would toast the bread and then list the toppings on a little chalkboard saying where I got all the ingredients. It was huge, actually.

How did you get from Seattle to Italy?

While I was doing Bruschettina, I won an internship through the women’s chef association to work on an agriturismo in Tuscany. While I was there I would cook private dinners, which is how I met my husband, Federico. Like any good Umbrian, he was like, “No, you can’t be in Tuscany! Come to Umbria!” So on the weekend I would visit him and meet various producers. Then he worked a lot in Seattle after I went back, and eventually we moved to Umbria.

And that’s when you started working at Il Bacco Felice in Foglino.

Right. I worked for a very well-known chef Salvatore Denaro. It was a crazy learning experience. I had to jump into the Italian way of cooking, which is completely different. Half the time, Salvatore would lay out ingredients and I just had to magically know what to do with them. And I didn’t know! I had no idea. And I didn’t speak the language. But that’s also where I learned how to work a fire grill. We don’t have those in the States unless you’re camping! It was great. After working there on and off for about a year, I opened up my own restaurant, Trattoria Basiliko.

My partner was a woman who had a restaurant around the corner in Foglino. I was in the kitchen and she was in the front of the house. We ran that for about two years. but we both got pregnant at about the same time, so that was the end of that.

How did you get into leading eno-gastronomic tours?

It started very organically. About a year after my daughter was born, somebody was visiting and asked me to to take them to a farm, because when I had my restaurant I was one of the few people who actually went to the farms to buy the meat and produce. Then somebody else asked me to do a cooking class. It started slowly, through word of mouth, and just kind of took off. When people rent villas, especially Bill and Suzy’s house, I cook for them and teach cooking classes. I also do food and wine tours of the area. Lots of cycling, hiking, horseback riding. It’s active stuff, but there’s always food and wine involved. So maybe after cycling, there’s a picnic lunch in the middle of the valley, or after horseback riding we have lunch at Federico’s winery.

We live in the center of an old medieval town, so we have a fireplace in the middle of our kitchen. In the winter, it’s going all the time. I do a lot of cooking on the fireplace … meat, fish … I’ve done pasta over the fire. It’s not easy, but it’s great if you have time.

Learn the tricks of the trade from Jennifer before she leaves town at our Hands On Pizza Party this Sunday! And if you’d like to meet her in Umbria, you’re always welcome to stay at the Via Umbria villa.

Acclaimed chef Jennifer McIlvaine has lead a whirlwind of dinners and cooking classes this week at Via Umbria as part of our Terre Margaritelli ...