There’s nothing like a hearty soup to keep your belly full and spirits high as the weather gets chillier. With Via Umbria’s grab-and-go stock of pantry essentials and dinnertime lifesavers (we’re looking at you, oven-roasted chicken!) it couldn’t be easier to get dinner on the table. This week, tuck into a humble but delicious chicken  farro soup bolstered by flavorful parmigiano and garlic.

There's nothing like a hearty soup to keep your belly full and spirits high as the weather gets chillier. With Via Umbria's grab-and-go stock ... 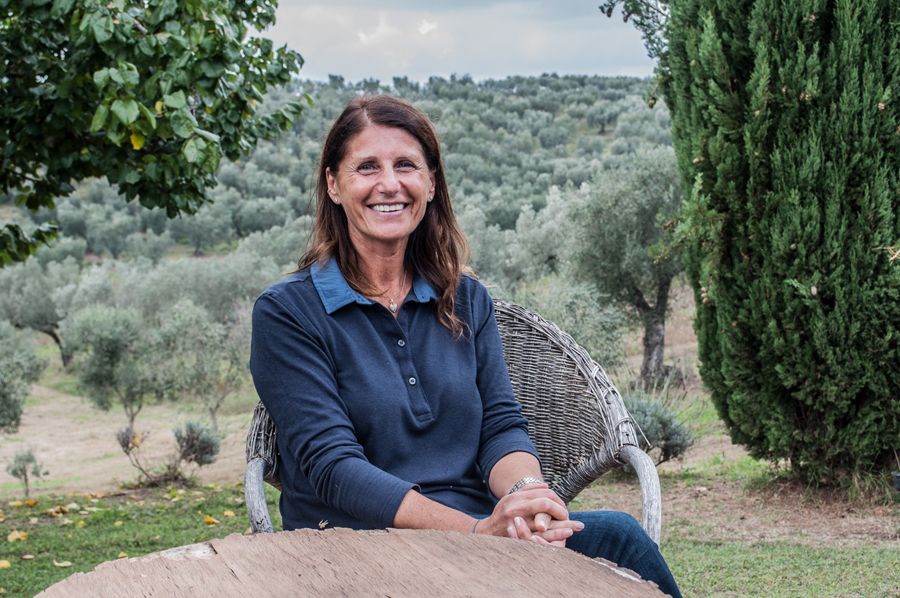 Annalisa Torzilli is the reason we are in this business. Well not literally, but the charming owner of il Molino farm just outside the village of Montefiascone is emblematic of all the things we love about being in the business of discovering, savoring and sharing experiences. She’s got a great smile, too. 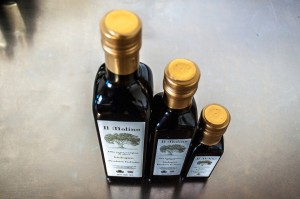 We have been customers of il Molino products for a number of years, having been introduced to them by our friend and supplier Andrea Tosolini who raved about and vouched for the quality and authenticity of il Molino’s organic olive oils, olive oil-based cosmetics, sauces, condiments, pastas and more. So this year at the Fancy Food Show in New York, Suzy decided to take the opportunity to meet Annalisa, the owner-operator of il Molino and as fate would have it, Andrea happened to wander by as she approached the il Molino stand, to make a proper introduction. It was love at first sight. Suzy returned to the hotel that day, beaming, and carrying on about how we were going to visit il Molino on our Food and Wine Experience tour. Fate often smiles on us like this and we are grateful. 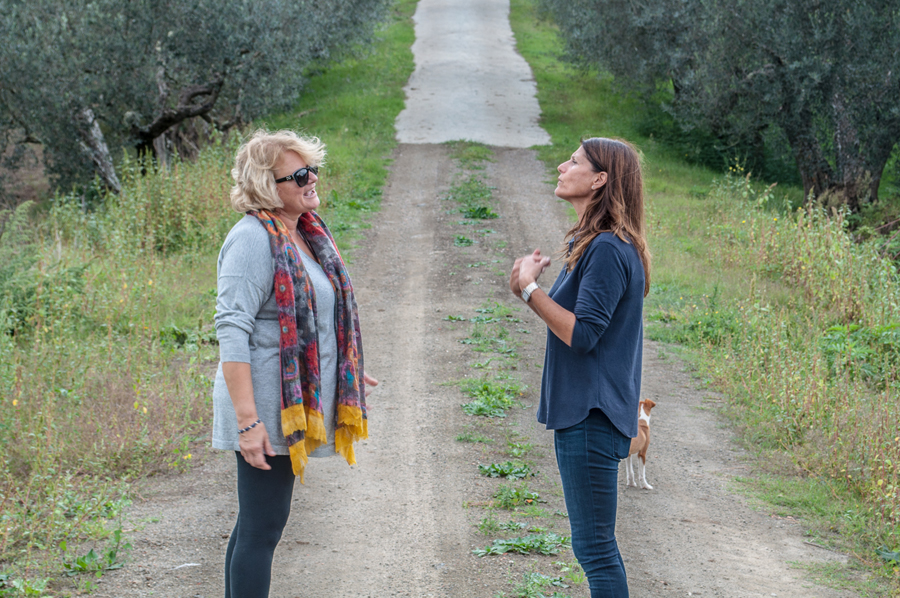 Montefiascone is not exactly close to our farmhouse, but our tour guests seemed as excited as we were when we boarded Simone’s taxi for the nearly two hour drive from Umbria to Lazio. Along the way the scenery changed and transformed from verdant wild hills to rolling, rocky terrain. But the villages that dotted the countryside, perched on impossibly steep craggy hilltops seemed to spring from the same source, each speaking of a long unbroken chain of history and housing cultures and habits as old as the hills themselves. Montefiascone itself is such a walled hilltown, with its enormous duomo squeezed over to one end of town so massive that it feels like the whole place may tip up and slide off the hill. One could say that it is a place of legend, the home of Est! Est! Est! white wine that those legends tell us was the exuberant exclamation of a papal emissary from long ago sent out to find good wine for the Pope on his journey from Rome to Orvieto, signaling his discoveries by posting a note on the doors of taverns with good wine saying ‘est’ (here it is). No offense intended to the emissary, but he should have tried our trebbiano spoletino in Umbria. The Pope would have found the detour completely worthwhile. 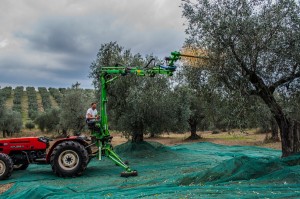 Our visit with Annalisa at both il Molino and the nearby Fornovecchino mill lasted the whole day, and started with a visit to the olive mill, where Annalisa was already harvesting and producing new oil. The excitement of seeing fresh, ripe olives being stripped from the tree, the acrid smell of polyphenols that burn your throat as the olives are being crushed into paste, and the glorious stream of almost phosphorescent green oil that trickles out of the stainless steel spigot, bound for a bottle or can, never gets old. And in this setting of over three hundred hectares of beautiful, natural, organic farmland, lovingly maintained by Annalisa and her caring staff it meant even more. 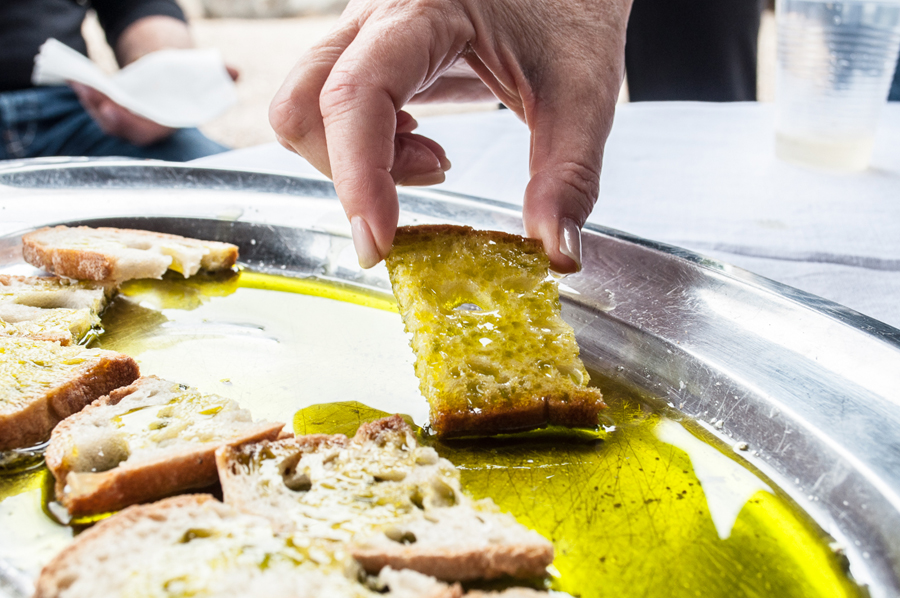 Lunch was served as though we had been friends forever, which after an hour in her company is how we all felt. There we discovered and savored pasta made from the farm’s farro and senatore cappelli grains, both ancient grains that have been rediscovered and popularized (for a reason) of late. There was much discussion over whether farro and spelt were the same thing (it’s complicated) and the difference between and relative advantages and disadvantages of grano duro (the hard wheat family that senatore cappelli belongs to) versus grano tenero. There was no arguing, however, that both pastas are something different than your ordinary pasta, a distinct cut above in flavor, mouthfeel and satisfaction. (My favorite is the senatore cappelli and I am on a mission to spread the word.) 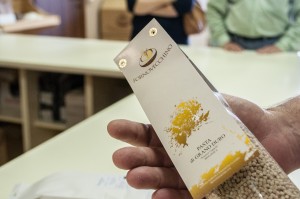 After lunch and a stroll around the beautifully maintained property we were off to Fornovecchino, the nearby organic mill where Annalisa’s (and other local organic farmers’) grain is transformed into flour and then into bread, pasta and other finished products.   As we arrived, some local customers were negotiating the purchase of several huge sacks of different flours and after they left Annalisa introduced us to the owners who took us on a tour of the mill, hustling us into the inner sanctum where we were shown how the grains are milled into finer or coarser flour. An exposition of beans and legumes, most of them tracing their roots (literally) to ancient forebears and unique to small, particular areas ensued, with our new Chef in residence, Vickie Reh, soaking up this information more readily than the ceci nero would soak up water that evening. 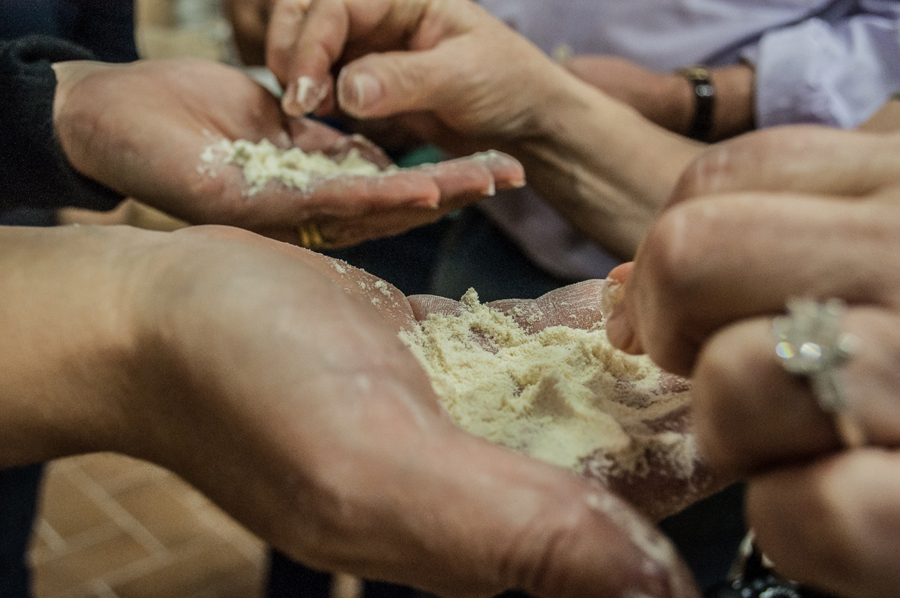 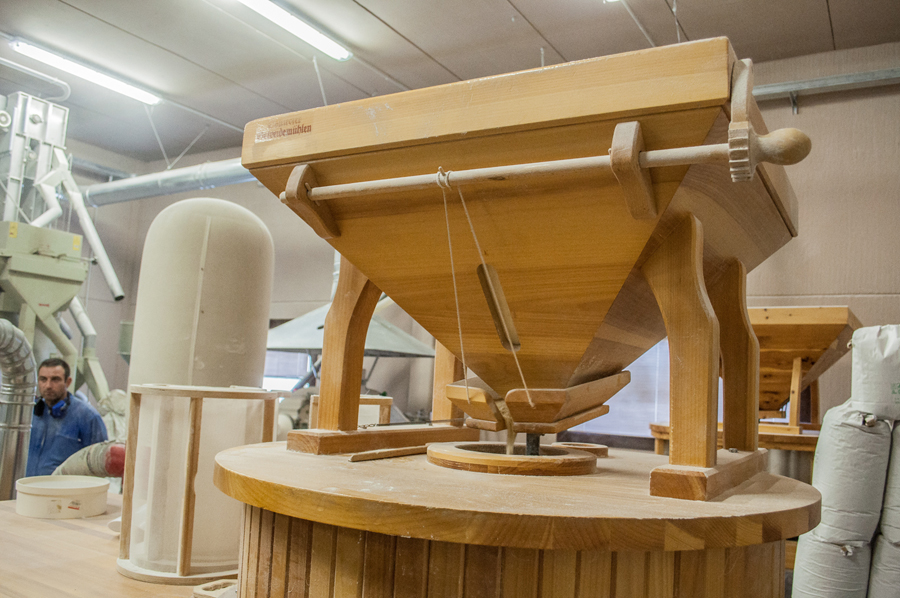 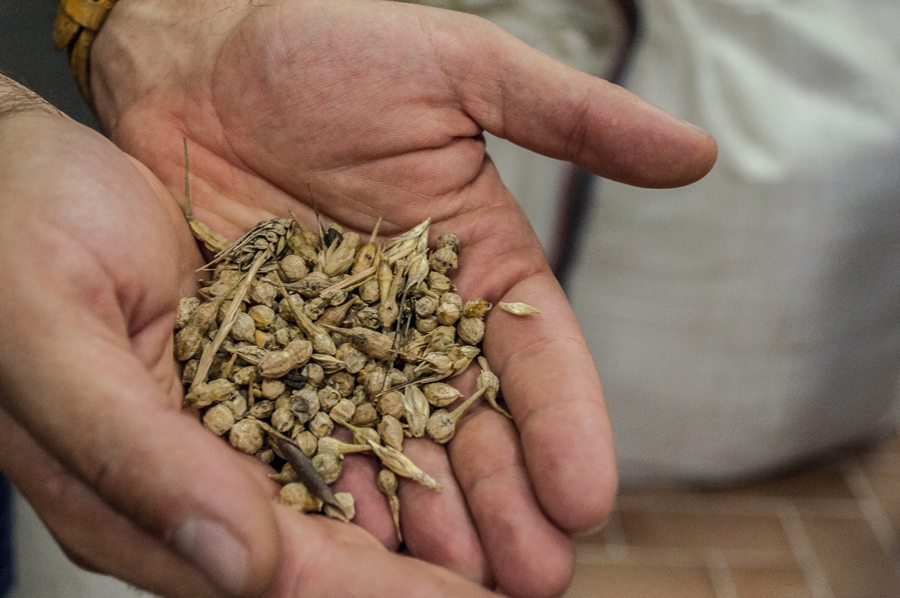 Saying our goodbyes to Claudio and Romina and to Annalisa, laden with purchases and gifts from both, we boarded Simone’s taxi, for the long drive home. Home to Umbria, having spent the day in Lazio. A day that enabled us not just to understand the connection between man and la terra but to experience and feel it. And that, after all, is the reason we are in this business. 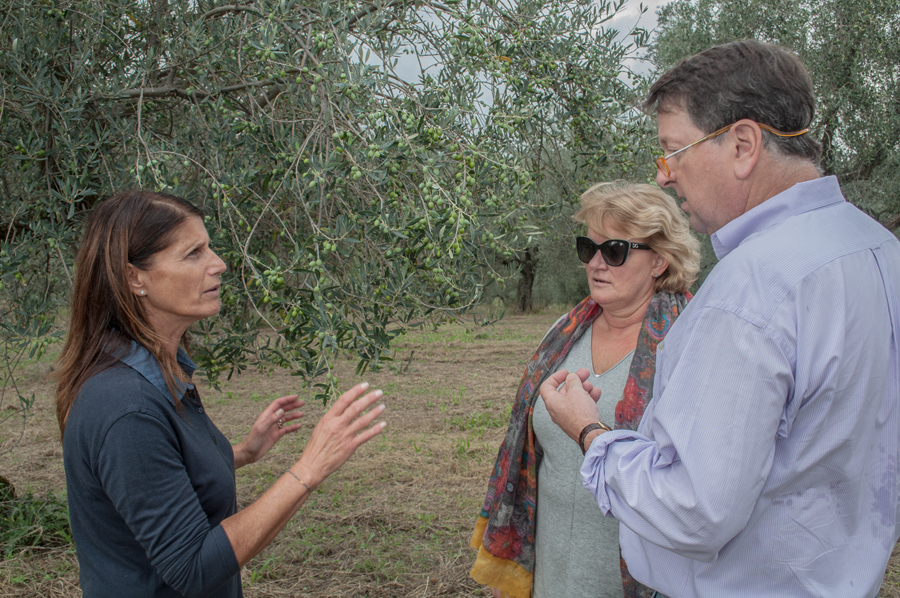 It's all about discovering, savoring and sharing experiences. Read more

Annalisa Torzilli is the reason we are in this business. Well not literally, but the charming owner of il Molino farm just ...