Sagrantino cookies? Wine and cookies may seem like a strange combination, but just wait until you try them, they are actually a match made in heaven! Chef Simone has taken a traditional Italian cookie recipe and put his own Umbrian touch on them, by adding the Sagrantino grape in the form of wine.  This is another recipe by Chef Simone that will not disappoint.

It wasn’t until Suzy and I began importing and selling Italian products that I even came across the word artisanal.   But over the years it has proven to be the best way to describe the special quality of so many of the products we are privileged to carry and the artisans whom we have been privileged to get to know. Whether it is a bottle of extravirgin olive oil produced from lovingly tended trees or Gerardo’s ceramic works of art, artisanal denotes something handcrafted, produced by someone (an artisan) who doesn’t just clock in for his or her shift, but who invests and leaves a little piece of him or herself in every piece produced.

Such is the case with the artisans we met at the Matilde Vicenzi dolciaria. Our first stop in Italy (after checking into our hotel in Verona and grabbing lunch) was to this beloved producer of cookies, located in the outskirts of Verona. Arriving in the factory’s parking lot late on a Friday afternoon, we were prepared for anything but an artisanal experience. But that is precisely what we got.

Upon arrival we were greeted by Anna DeBattisti, the company’s general counsel who escorted us into the office of Giuseppe Vicenzi, president of the company and grandson of the founder Matilde Vicenzi. Now in his 80’s we did not have the fortune to meet Giuseppe, who was busy in meetings. That meeting must wait until our next visit. But for half an hour Anna regaled us with stories about the Matilde Vicenzi, who founded the company in 1905, her grandson Giuseppe, the history of the company, its four factories, their incredible line of cookies, puff pastries and ladyfingers and the company’s domestic and global reach.

Then, for the next hour Anna, joined by her colleagues Monica and Giulia who manage production and export duties, escorted us through the sprawling cookie factory. And what a sight and experience it was. Enormous conveyor belts slathered with dough snaked through ovens thirty meters long, where puff pastry was baked at four hundred degrees, resulting in delicate, crispy layers of lightly sweet goodness. Savoiardi or ladyfingers, the company’s signature product, were produced by the hundreds in the most important production line, dough squirted into molds, molds assembled together, the whole armada baked to golden deliciousness before being removed from the molds and packaged in a symphony of moving arms, boxes, labels and shrink wrapping.

But lest you think this is simply automation run amok, think again. Joined by the floor supervisor we were witness to the thousands of acts of human intervention, the testing of dough, the calibration of timing of machinery and, most of all, the testing of quality control. Each biscuit, cookie and ladyfinger is examined for flaws before being handed back to the machines for packaging, with boxes of rejects leaving us longing to take them home. Once packaged, automated hoists hauled the boxes hundreds of feet into the air onto shelves where they would be warehoused until shipped to the fortunate and hungry were to receive them.

To call it a cookie factory would be to do a disservice to Vicenzi. In our two hours with a handful of employees of this €100 million/year company we witnessed the same passion and attention to detail that we see when Gerardo paints a peacock feather on a dish or Carlo awaits for the season’s first extravirgin olive oil to trickle from his mill. It’s what we’ve learned to call artisanal. And it is well deserved for the people of Matilde Vicenzi. 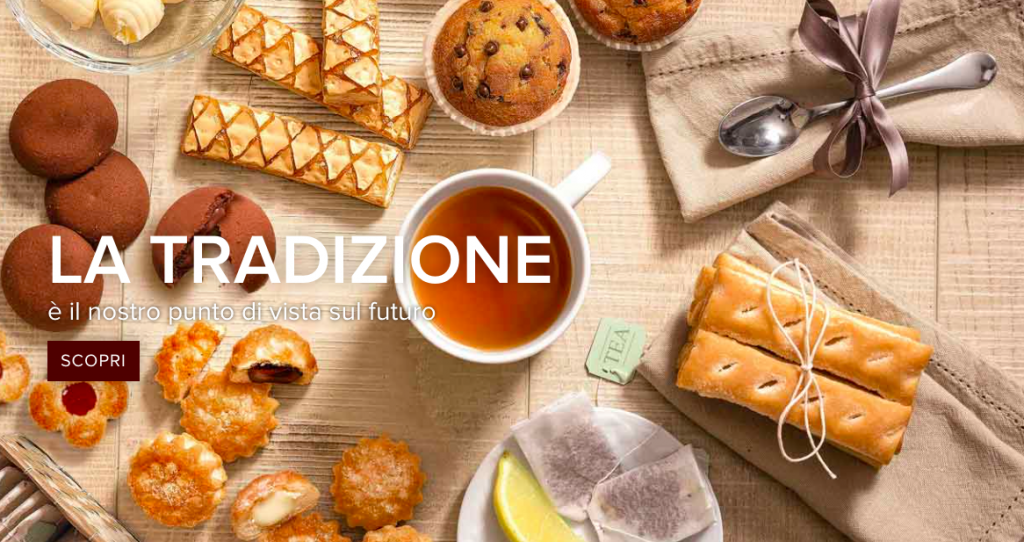 It wasn’t until Suzy and I began importing and selling Italian products that I even came across the word artisanal.   But over ...