I’ve been on a sheep-cheese kick, as of late – its sheep time.  Sampling Umbria’s multitude of pecorinos while traveling through the region this past February (you can read about my trip in my last blog post) left me wanting more of that distinctively fatty and creamy, yet slightly gamey umami punch that you can only get from sheep’s milk. 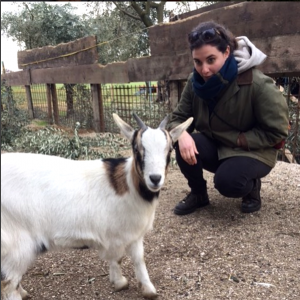 Unbeknownst to me at the time, I couldn’t have planned my return from Umbria any better –  I rolled right off the plane and smack dab into the beginning of lambing season. Springtime is the beginning of sheep time in the cheese world. Because of ewes’ lactation period, sheep’s milk isn’t available year round – the season starts in the spring and ends in the early fall. That means that fresh sheep’s milk cheeses simply aren’t available during the late fall and winter, and aged sheep’s cheeses slow down production because of the lack of fresh milk. Basically what I’m saying is, spring is a good time to come home with a hankering for sheep’s milk. Good job, me.

While lots of different cultures around the world make cheese out of sheep’s milk, pecorino is probably the best well known. That being said, it is probably one of the most misunderstood. Many of my customers come to my counter asking for pecorino, but have no idea that, a) it is actually made from sheep’s milk, and b) there are many different types of pecorinos out there. So let’s start with the basics: the word pecorino comes from the Italian word for sheep, pecora. Hence, any Italian cheese made with sheep’s milk is technically a pecorino. This means that in Italy, there are a truly incalculable amount of pecorinos – when I staged at Caseificio Broccatelli, their dairy alone made at least a dozen different styles of pecorino.

At the Via Umbria cheese counter, we’ve carried a few different types of pecorinos over the past year and a half, but three styles in particular stick out – Romano, Toscano, and Sardo. Pecorino Romano, from Rome, is probably the best well known of the bunch. With its grate-able texture and extremely salty flavor, is perfect for seasoning dishes. Our Tuscan friend, Toscano, on the other hand, is much softer, creamier, and milder – a good addition to any cheese plate and a natural fit, in my opinion, to pair with charcuterie. Pecorino Sardo, from the island of Sardinia, however, is my personal favorite. More moisture and complexity with less salt than the Romano, but harder and brinier than the Toscano, this delightful cheese is a happy medium on the pecorino spectrum. It’s good on a cheese plate, grated into dishes, drizzled with honey and served with walnuts, melted over traditional Sardinian bread – you name it, Sardo’s good for it.

I’m pleased to announce that Pecorino Sardo will be the Via Umbria April cheese of the month! Come taste this springtime favorite at our Monthly Cheese Party, next Wednesday April 5th at 7:30pm 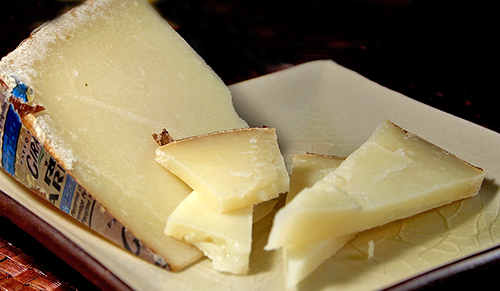 Pecorinos on the rise Read more

I've been on a sheep-cheese kick, as of late - its sheep time.  Sampling Umbria's multitude of pecorinos while traveling through the ...