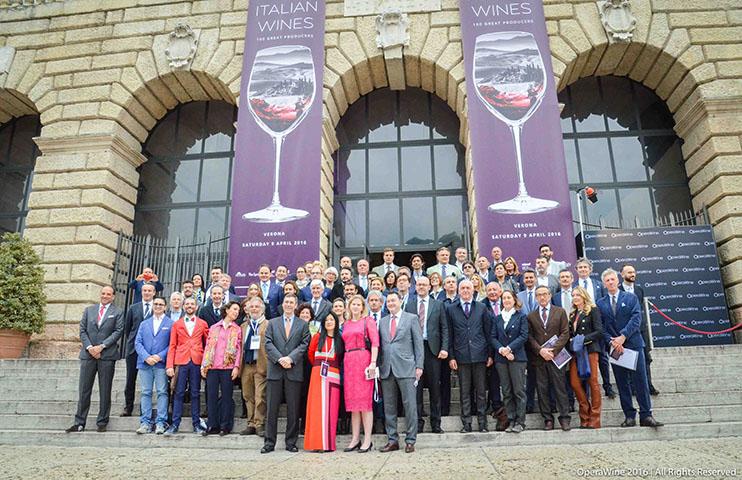 We came to Verona on this visit to experience VinItaly, Italy’s biggest and most important wine expo that takes place annually in this northern Italian gem of a city. Housed under many roofs, thousands of exhibitors show off their wines to importers, distributors and retailers. Until this year the show was open to the public for at least one day but the incredible crush of the mass public on those open days caused VinItaly’s organizers to rethink this policy and this year it was open only to “trade” members. Thank you Via Umbria for giving us this modicum of credibility in order to snag a credential and an entry ticket. 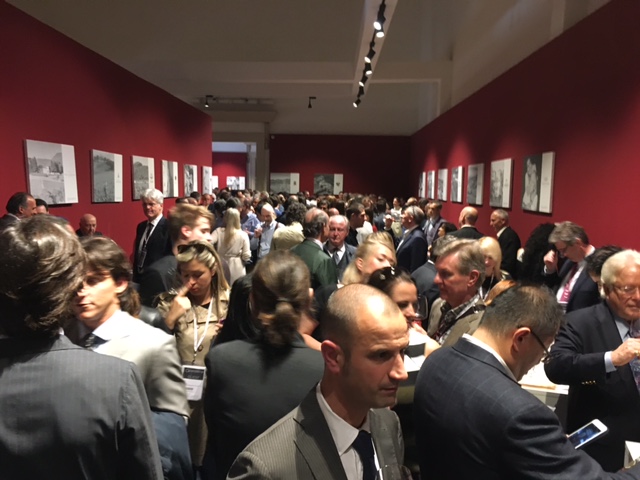 But if VinItaly is becoming more exclusive, even more exclusive yet is Opera Wine, which we had the honor of attending on the eve of VinItaly’s opening. Organized by VinItaly in conjunction with the Wine Spectator, Opera Wine is an exhibition within an exhibition, showcasing what Wine Spectator has deemed to be Italy’s “best 100 wines.” Our good friends Giampaolo Tabarrini and Daniele Sassi from Giampaolo’s Tabarrini winery were honorees this year and our meal ticket. When Daniele offered us an entry ticket some months ago, we couldn’t miss the opportunity to sample these A List wines and meet their charismatic proprietors, even if it meant having to don a coat and tie.

Catching a glimpse of Giampaolo Tabarrini in formal dress is about as common as seeing Bigfoot at the Met. But upon entering the Palazzo della Gran Guardia we headed to the Tabarrini table so we could see it for ourselves. And Giampaolo did not disappoint. Among a sea of short, tight fitting fashionable blue jackets with narrow lapels, elegant silk neckties and stylish shoes, Giampaolo stood out in his garish red blazer and Italian tricolore flag bowtie.   But it wasn’t just his attire that made him stand out. The man’s gas tank is filled with nitro while others are running on unleaded. A blur of activity with a perpetual smile and a twinkle in his eye that is visible from the next galaxy, Giampaolo tirelessly worked the room after room of producers, buyers and press, laughing, hugging and befriending everyone he could lay eyes or hands on. The secret to his ability to connect? It’s genuine. 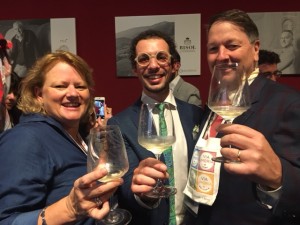 After exchanging our hugs with Giampaolo and Daniele the former gave us some great advice that we took to heart for the next two hours. “Don’t miss out on drinking the wines from Piemonte. They are beautiful!” And indeed they were. Barolos mostly, from the biggest names in the business. We tasted and savored, met some of the owners and reacquainted ourselves with some we had met before. We recognized a few labels that we carry at Via Umbria and introduced ourselves, only to find, in the case of Bisol, that their rep had already spent an afternoon in our Georgetown store. 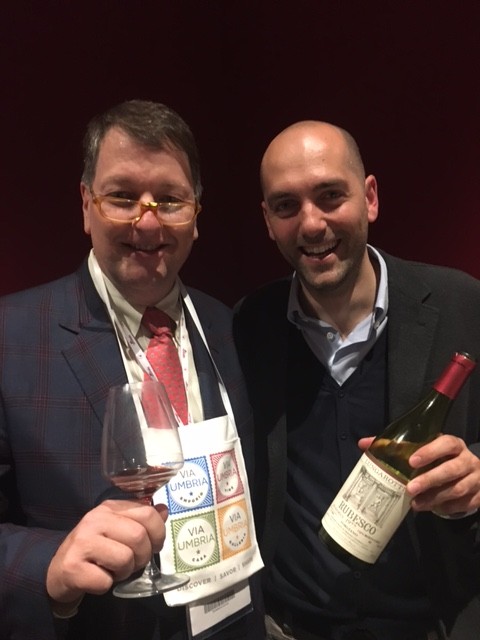 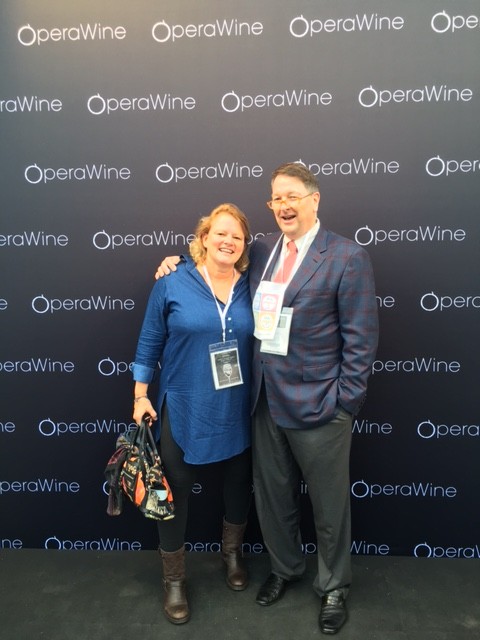 We came to Verona on this visit to experience VinItaly, Italy’s biggest and most important wine expo that takes place annually in ...