“Donuts. Is there anything they can’t do?” -Homer Simpson 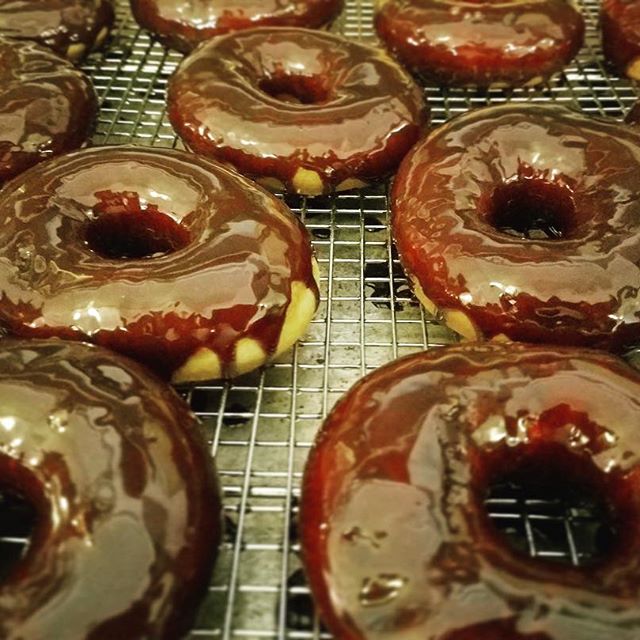 Doughnuts – just the thought puts a smile on my face.  Doughnuts were standard fare growing up in Iowa..  We didn’t eat them daily but we did eat them regularly.  They were a delicious treat – enjoyed together and never on the go. Saturday mornings were filled with cartoons and doughnuts.  In the 70’s we only had 4 channels to choose from and cartoons were definitely not a 24/7 option.  Dad dreamed of sleeping in on Saturday mornings – but with 5 kids squabbling over the tv channel it was rarely an option.  Off we would go to pick up doughnuts.   His favorite was a cake doughnut with chocolate frosting and peanuts but mine was a filled doughnut – with jam or cream.  We had lots of mouths to feed so we got to make lots of  selections – glazed with frosting and sprinkles, chocolate cake doughnuts with chocolate, frosted with coconut,  apple fritters and maple bars, I loved visiting the doughnut shop.  It smelled of coffee and sugar.

Whatever be your goal,

Keep your eye upon the doughnut,

And not upon the hole.”

We never discussed whether we should be eating doughnuts.  We just ate them and enjoyed them.   Hell, we ate butter on our bread.  Everybody ate doughnuts.  You would read about them in books.  Homer Price couldn’t get his Uncle Ulysses’ doughnut machine to stop making doughnuts, Laura Ingalls Wilders’ future husband, Almanzo ate doughnuts and fried apple turnovers for lunch, the Bobbsey twins ate doughnuts to “take the edge off their hunger.”  Trixie Belden ate doughnuts to rouse herself from her “groggy condition”. 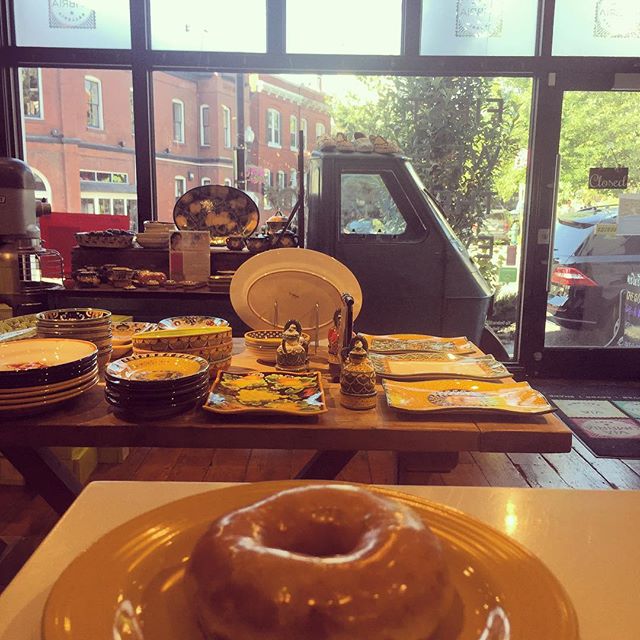 In high school we loaded up our schedules early in the day so we could leave early afternoons and swing by the Hinky Dinky to pick up doughnuts filled with cherry jelly and topped with white frosting.  Perfect with a cup of coffee and a dose of Guiding Light.

Why don’t we eat more doughnuts?  We happily eat bagels, muffins and croissants for breakfast relegating doughnuts to the list of treats too delicious to be enjoyed.  I’m not suggesting we eat dozens of doughnuts, not even a doughnut a day – but doughnuts are a delicious part of life and Ana’s doughnuts at Via Umbria are transformative.  They are everything a doughnut should be.  Made fresh in our kitchen they will remind you that doughnuts should be eaten as part of a regular diet.

Join us at Via Umbria on Saturdays and Sundays after 9:00 am for hot fresh doughnuts.

The doughnut shop smelled of coffee and sugar Read more

"Donuts. Is there anything they can't do?" -Homer Simpson Doughnuts - just the thought puts a smile on my face.  Doughnuts were standard ...